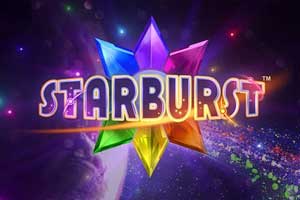 PLAY Starburst Slot for Real Money or Free at:

NetEnt takes its inspiration from galaxies that undergo furious star formation, classified as starburst galaxies. The award-winning software developer then creates a video slot so active in action that endless winning opportunities are freely available. Starburst video slot offers players the chance to enjoy a space adventure filled with a boundless flow of jeweled shaped stars that lines up to award astonishing prizes.

Mixing the space-theme with luck-driven sevens and classic bars symbols, NetEnt’s game brings back the vibrant color eighties to provide space travelers with a retro gaming atmosphere where neon graphics, cosmic music, and wild winnings collide to award staggering victories worth up to 50,000 coins.

What is truly magnificent is that the Starburst Galaxy offered across five reels features ten paylines and titanic explosions occurring across its ten paylines rips the galaxy apart by rewarding winnings left to right and right to left.

Intense star formation activity results in massive rewards and takes place once three or more identical symbols appear on an active payline. The Starburst space is filled with sparkling gems including green emeralds, pink sapphires, burnt orange gems, flaming red sevens, royal blue gemstones and a wild star formed by a combination of all the most precious gems. While Starburst video slot features no free spins or scatters, exciting, powerful features such as wins rewarded both ways and starburst wilds heighten lucrative play.

Starburst video slot presents ten paylines, and with winnings awarded from left to right and right to left, player’s chances of winning are doubled. The adjustable wagering options allow galaxy explorers to adjust the number of coins per payline and from a minimum of 1 up to a maximum of 10 coins can be bet per paylines. The coin size is also adjustable, and coin values available include from £0.01 up to £1.00. The minimum bet across ten paylines is available in bet level 1, and by selecting the lowest bet value of £0.01, the minimum bet per spin is £0.10. The maximum wager is obtainable by selecting bet level 10 as well as the highest coin value of £1.00 allowing a bet of £100.00 per spin.

It’s a necessity to have a plan for your space journey, and only the highest valued win per payline is awarded in Starburst. A valued symbol combination formed on a single payline can run from the furthermost right reel or the leftmost reel and achieve multiple wins across several paylines increase your chance to return to earth filthy rich as all winnings are added together and added to your bankroll. All payouts regarding the star formation are available on the paytable as well as a detailed plan on how to achieve wins via the payline map.

NetEnt’s Starburst video slot feature the same setting as all its over games and player preferences are well catered via the settings adjustable to suit every player playing style. Starburst video slot offers outstanding background and special effect sounds, and all sound can be turned off or on via the speaker option. The question mark opens the help menu providing a wealth of game information and the auto function key unlock a menu that enables players to select the number of spins they would like in auto mode. The push button can also be selected to halt autoplay, and the wrench key allows adjusting such as spinning speed, hotkeys, sound effects, animation, graphical quality and ambiance sound.

Starburst is all about the wilds bursts taking place in the spiral galaxies and with winnings paid both ways nuclear starbursts is more likely to reward massive payouts worth up to 50,000 coins. The starburst wilds are formed by all the most precious gemstones and brilliantly come to life when it expands to wrap an entire reel into scintillating beauty allowing it to burst into an additional winning opportunity sensation.

The starburst wilds appear exclusively on the second, third and fourth reels and regardless of the wild star’s position, it magnifies to cover the entire reel in order to increase winning possibilities massively. Reels covered entirely by the magnificent wild star awards a re-spin, and during the feature, even more, wilds could appear to expand resulting in a mega starburst formation that could continue for up to three respins. Once the wild winning re-spin explosion reaches the maximum respins the game return to the base game.

Starburst video slot features five reels, three rows and ten paylines and no bonus games since the wilds substitute for all symbols part of the galaxy and winnings paid from left to right and visa verse awards superb winning possibilities. The re-spins feature that claims the main star status is awarded once expanded wild stars become part of play to provide winnings well above all expectations.

Our Feelings on Starburst Video Slot

Starburst video slot is the most popular online game and is used by several online casinos to attract new players. Thousands of NetEnt fans daily register new accounts to get their hands on Starburst no deposit free spins, and with a high payout percentage of 96.01%, they can hardly be blamed.  Wins paid both ways, the opportunity to form super, as well as mega combos in the star-studded Galaxy theme, could be the reason why millions of online players cannot get enough of Starburst video slot. My bet is on the confounding winnings worth 50,000 times the triggering bet in the video slot known for bursting with endless winning possibilities. 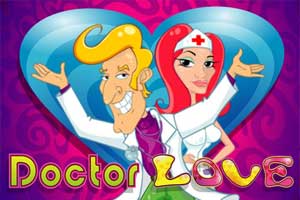 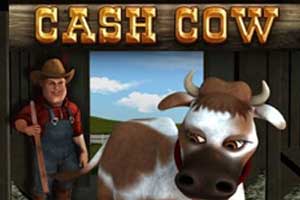 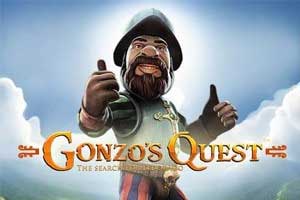