Gambling has been a part of life in the UK for centuries now. The first officially recorded historical instance dates back to the times when the Romans were the occupying force in the country. In the 15th century there was class-differentiated gambling as well:

The 20th century saw the arrival of land-based gambling in the UK. The first land-based casino in the UK was the Chermont Club, which opened its doors to an exclusive clientele in 1962. What made its opening possible was the passing of the Betting and Gaming Act in 1961.
On this page we take a look at land-based casinos in the UK. We do the following:

Land Based Casinos by Cities

Law to Regulate Land-Based Casinos in the UK: The Early Days

The first law that brought about the setting up of land-based casinos in the UK was the Betting and Gaming Act of 1961, as mentioned earlier. This law was in operation for quite a while; while it covered different aspects of land-based gambling it did not have adequate teeth to regulate other newer forms of gambling, like online casinos and now the mobile casinos.
The next piece of legislation that was passed to regulate gambling in the UK, at land-based casinos and also online casinos, was the Gambling Act of 2005 passed by the Parliament that year.

The next and most recent legislation for regulating gambling in the UK is the Gambling (Licensing and Advertising) Act of 2014.

Here are a few facts about UK’s land-based casinos that you would otherwise never know about. 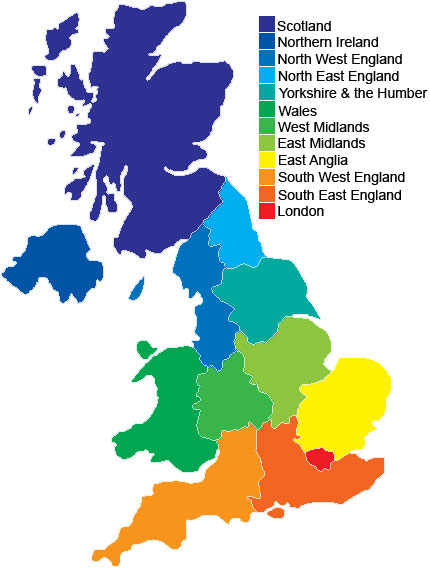 There are quite a few well-known land-based casino operators in the UK. These include, among others:

The games available at UK land-based casinos include:

Land-Based Casino Regulation in the UK and UKGC

The United Kingdom Gambling Commission (UKGC) is the regulatory body for all gambling activities in the UK, including land-based casino gambling.

The UKGC has enacted different pieces of legislation for the gambling industry in the UK.

Gambling forms that the UKGC regulates, except for spread betting (regulated by Financial Conduct Authority), for land-based casinos include:

UKGC’s regulatory functions include, among others:

It ensures regulation through its collaboration with secondary bodies like:

UKGC is designed to perform other functions besides regulating the UK’s land-based casinos. These include, among others:

The two areas that do not come under the UKGC’s scope of operations are resolution of consumer complaints and offering legal advice towards the development of business ideas or business models.