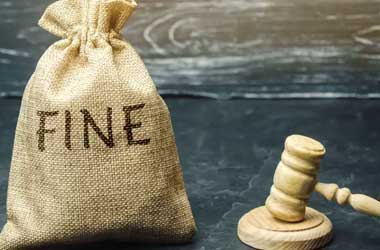 The UK’s gambling industry is going through a crackdown in various areas, although it seems as though some platforms have tried to sneak by unnoticed. Yet, nothing is out of the sightline of the UK Gambling Commission.

Reports emerged today regarding three online casino firms, which have been given fines of £14 million in total. This comes following major failings in their systems, which were designed to protect problem gamblers and at the same time prevent any kind of money-laundering.

Of these platforms, the popular brand known as Casumo was ordered to fork out a penalty of £5.85 million, while at the same time, the Videoslots brand will pay a £1 million fine, which stands in lieu of a financial penalty. Alongside these, Daub Alderney received the largest of the three fines, with the Commission ordering it to pay £7.1 million.

Yet, things didn’t stop there. The company known as CZ Holdings has chosen to surrender its rights to provide online gambling options in the United Kingdom, after the Commission decided to investigate and review the company’s licence. Six other firms are currently still being investigated.

Certain individuals have also been targeted by the Commission. Three people have lost their licences to operate in the position of gambling company director, while another four received stern warnings from the regulatory body. Three others remain under further investigation.

Together, the fines are the largest that the Commission has ever handed out, far outweighing that given to the 888 brand not so long ago. The company was handed a £7.8 million fine after over 7,000 people were allowed to continue betting at the site, despite having voluntarily banned themselves.

Speaking of the fines and losses of licences, the secretary of state for the Department of Digital, Culture, Media and Sport, Jeremy Wright said that online operators cannot ignore their duty. They need to protect players and if they don’t, then they should “take note today”, because “there will be consequences”.

He spoke of the Gambling Commission’s prime focus being on protecting customers of gaming sites, and that that should be the main priority of the platforms themselves, too.

Mr Wright went on to speak about certain rules being in operation that operators need to adhere to in order to safeguard members of their sites. He finished his speech by stating that he is pleased with the route that the UK’s regulatory body has taken, using the strongest option available when companies fail to operate in accordance with the rules that have been set out for them.

Over the past two or three years, the country’s Gambling Commission has taken a hard line against online operators who fail to provide safe and responsible gambling sites. Millions of pounds in fines have been handed out to some of the biggest names in the business, including those like William Hill and Paddy Power. Backing up the words of Mr Wright, the Commission’s CEO, Neil McArthur said he hopes that other casinos will “sit up and pay attention”.