Most online gaming developers find it difficult to break into the highly competitive iGaming market and establish a name for themselves as the market is generally dominated by the big fish which include the likes of NetEnt, Microgaming, Playtech and Betsoft.

DragonGaming is one of the new developers on the block who has managed to make quite a splash in the market in the last few months by getting two things right. The developer has done a good job in coming out with an impressive array of games right at the start and has also formed strategic relationships with top online casino brands to get immediate brand visibility.

DragonGaming recently confirmed that it has entered into an agreement with Commission King and will now have its gaming portfolio visible across all of the sites that come under the Commission King banner.

Some of these sites include BetOnline.ag, SportsBetting.ag, SuperSlots.ag and WildCasino.ag.

DragonGaming has currently released 15 online slot games and 3 table games which can be accessed and played in free to play mode at the DragonGaming website. If you want to check out these games in real money mode, you can visit any one of the gaming websites that come under the Commission King brand and start placing your bets.

Some of the popular DragonGaming games that you will enjoy include Safari Stampede, Wilderness Wins, iScream and Buffalo Bounty. All of the games have been developed with HTML5 technology which allows players to use their iOS or Android mobile devices and tables to access these games and enjoy them while on the move. 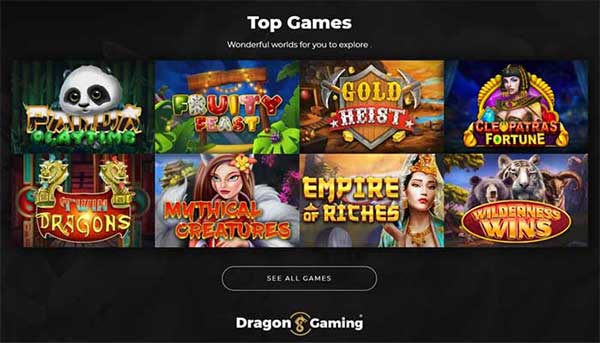 Available In Over 25 Languages

DragonGaming has plans to expand quickly and create a strong market reputation. The developer is looking to be a truly global player which is why it has ensured that its gaming portfolio is available in over 25 different languages which include English, Spanish and Chinese.

These games are also compatible with 25 different payment methods making them easily accessible to players from around the world. DragonGaming has tested its games using an independent random number generator (RNG) and claims that its games have a payout rate in excess of 96 percent.