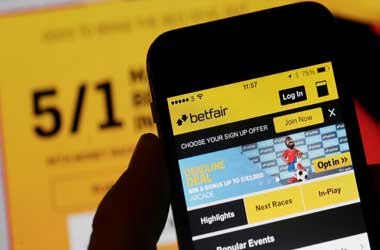 The Committee of Advertising Practice (CAP) and the Broadcast Committee of Advertising Practice (BCAP) have jointly announced that a crackdown on gambling advertisements is on its way. The ads which the two regulatory bodies of the United Kingdom deem to exploit the vulnerabilities of problem gamblers or try to appeal with free bets or bonus offers, are to be officially banned. A prime focus of this list of advertisements are commercials that create a level of urgency. For example, those ads that utilise wording such as, “Bet now!” throughout live events.

Once this takes place, it will summon the end of “in-play” betting promotions that ask viewers to place wagers as they spectate on live events. Well-known actor Ray Winstone provides his thespian skills for such advertisements, working as the face of popular gambling platform Bet365. The introduction of new rules surrounding the gambling advertising world include the ending of the “trivialisation of gambling”, for example by encouraging constant and repetitive game play.

Further to this, another ban will focus on advertisements that offer up what the bodies call an “irresponsible perception” when it comes to risk or control. This is usually the case when ads tell viewers that they can utilise a risk-free deposit or a bonus of kinds. To coincide with the new laws surrounding ads, gambling companies also need to show a stronger sense of responsibility upon offering free bets and/or bonuses. It’s often the case that these promotions come with advertisements that depict the offers as having zero terms and conditions.

Therefore, future adverts will need to ensure that information is clear on whether gamers will need to deposit funds to receive such offers, only receive restricted odds, or have to make a deposit of funds before they can access winnings from free bets.

The Committees Speak Out

Shahriar Coupal, working as the director of both regulatory companies, spoke out on their decision to ban such ads. He said that they will not tolerate gambling advertisements that exploit the vulnerabilities of gamers. Furthermore, he went on to state that the new rules and guidance take into consideration “the best available evidence”, in order to strengthen such protections that are already in action. Therefore, through such measures, the gambling industry is presented in a responsible way, reducing the risk of causing harm.

It comes on the back of last year’s problem gambling figures in the UK, which showed that the illness affects over 2 million citizens in one way or another. Upon the Gambling Commission releasing the figures, they warned that the government and the gambling industry aren’t doing enough in order to tackle this problem.
As far as the new advertising rules go, these will come into full effect on April 2nd. However, rules surrounding free bets or bonuses are active immediately, with both moves being fully backed by the Advertising Standards Authority (ASA).

It’s said that last year, gambling organisations spent about £150 million on their advertising sectors. Television adverts made up the biggest share of this, with £43 million being taken from that total amount. The country’s biggest spenders for advertisements included the aforementioned Bet365 at £23 million, followed by Sky Bet with £22 million and then William Hill at £16.4 million.