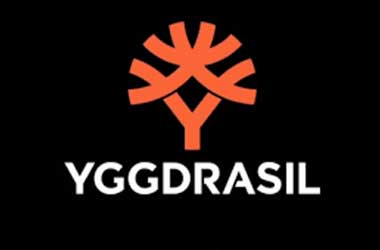 It seems as though 2018 is already shaping up to be a great year for Yggdrasil Gaming. It was only last month that we reported on the developer taking the step forward into creating online table games. If that wasn’t enough, it is now moving forward with both a new logo and a new European destination to offer its games to. Where exactly is this? Well, the agreement between the games provider and its current existing partner GVC, will allow Yggdrasil titles to be offered up to the Spanish market.

It is through the bWin brand, which GVC is the owner of that Yggdrasil games will finally – and for the first time – be available to Spain and its players. The first of the developer’s games are set to enter the market in the second quarter of the year. It may seem like an odd location to set foot into, however, the gambling market in Spain has actually been bringing forth a steady incline of appeal from operators looking to enter. Since the launch of online slots back in 2015 in the country, there has been significant annual growth. An increase of 37% in online gaming revenues was announced by Dirección General de Ordenación del Juego (DGOJ) – Spain’s regulatory body – year-on-year when speaking of the third quarter of 2017.

Noting that Spain has swiftly marked its re-appearance in the gambling industry by being “one of Europe’s fastest-growing and exciting jurisdictions…”, the CEO of Yggdrasil Gaming, Fredrik Elmqvist sees it as an ideal environment for his company’s games. It comes following the company’s entry into both the Danish and Italian markets, with Elmqvist expressing it to be somewhat of an expansion of the developer’s footprint within Europe.

Further to this, the Head of Content at GVC, Andrew Whitworth made it clear that being the first operator to provide Yggdrasil games to Spain was something his company had no intention of passing up on. He went on to state that GVC is sure the Yggdrasil slots will perform “strongly” in the Spanish market.

It is moves like this that are keeping Yggdrasil both relevant and refreshing, working as part of the company’s regulated strategy. As said, it was Denmark that introduced the developer’s games slightly earlier on this year, while Italy embraced the games in the second quarter of 2017. As it stands, the game developer supports some of the largest online casinos in the world, with clients including well-known brands such as Bet365 and Casumo Casino.

Further to the move into Spain, which is sure to enhance and expand the reach of Yggdrasil’s name, the developer also brought forth a new logo. According to Elmqvist, the new design is a reflection of the company’s growth into one of its “most innovative and creative” suppliers. From an artistic point of view, the logo is said to be somewhat of a makeover, bringing it a more modern look.