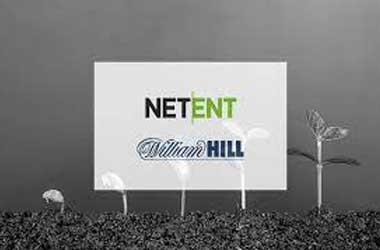 Big things seem to be happening for the William Hill platform recently. It wasn’t so long ago that it went forward with the purchase of the Mr Green brand. However, it seems as though its new venture is to work alongside the Netent developer to provide its collection of live dealer casino games.

Netent has been looking to increase its presence in the UK gambling market, so uniting with one of the country’s biggest operators will surely bring more interest its way. With the partnership, a wider range of table games will be present at William Hill, as well as the aforementioned live dealer possibilities from the software developer.

Technical integration of the software has already taken place, meaning that William Hill can already offer the games to its casino players. Speaking of the unison, the Managing Director of Netent, Henrik Fagerlund said he was “very proud” that the brand had chosen his company for live casino game options. He went on to explain that it is a “great recognition” of the Netent products and that he is certain of players at the William Hill casino enjoying them, too.

Backing up the words from Mr Fagerlund, the Head of Live Casino at William Hill, Barry Lennon spoke of the brand’s “strong legacy” for providing live dealer casino games. He said that with William Hill wanting to provide the best games available to its players, Netent was the only way to go.

Anyone who is an avid online gamer in the UK is sure to have heard of William Hill. It’s one of the largest casino operators, which was founded in 1934. The company has expanded its reach to many other locations around the world.

In total, the company employs around 16,000 people worldwide, with offices in the United Kingdom, Bulgaria, Gibraltar, the Philippines and more. The US version of the brand went on to generate around 3% of group net revenue last year.

It’s not only casino gaming that William Hill provides though. The site offers a range of sports betting opportunities, with more than 60,000 football matches being wagered on per year.

Additionally, the brand has various land-based betting shops throughout the United Kingdom. These locations all provide sports betting and fixed odds betting terminals (FOBTs), catering to different types of gamblers. Last year, the brand had a 28% market share in terms of the number of shops that it has on the high street.

Netent has been around since 1996 as a software developer, originally basing itself out of Stockholm, Sweden. It received a gaming licence from the Malta Gaming Authority in 2005, giving it the chance to provide its games to a larger number of online gaming sites.

Throughout the years, Netent has continued expanding, releasing high-quality, hugely popular slot games like Starburst, Gonzo’s Quest and Dracula. In 2011, the company began dabbling in mobile gaming – something which is now a standard for the brand.

As far as live casino gaming is concerned, this was launched in 2013 and swiftly picked up steam. The Netent Live collection has, over the years, incorporated such options as roulette, blackjack, common draw blackjack and an exclusive virtual live casino experience, too.