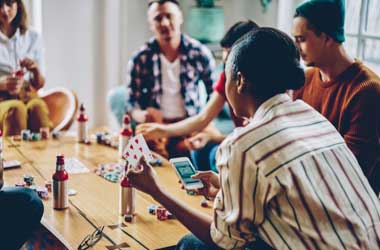 When we think of those people addicted to gambling, it’s never really an image of students that we get in our heads. Yet even they can be affected by it, and quite a significant amount too. A report by the United Kingdom Gambling Commission (UKGC) brought forth information which states that about 100,000 students have fallen into debt due to betting. Because of such figures, the National Union of Students (NUS) has taken its own course of action.

A new collaboration with the company known as Gamban has resulted in the creation of an app that will allow students to easily manage any online gambling activity that they involve themselves in. This is true for online casino gambling, sports betting, poker and much more. This application – which can be downloaded for both desktop and mobile devices – will be free of charge to anyone with an email address ending in .ac.uk. It will then provide assistance for anyone who considers themselves a vulnerable player, blocking gambling sites and subsequent activities once installed.

Not only that, but the clever app will also monitor the user’s activity, which is then sent back to a central cloud. These analytics are then put to use in order to help to track and further predict any behaviour that could be harmful. It’s also thought that this partnership between the NUS and Gamban will be of some assistance to online operators.

Steps are Being Taken, but More Needs to Be Done by Insiders

Even though there is already a program in place known as GAMSTOP, which allows players to self-exclude from all gambling sites via a single platform, tests on this program have shown it to be very much failing in certain areas. People are still being sent marketing emails and text messages, despite having chosen to block themselves from gambling. And when you consider that certain big-name brands, like 888 Gaming and Leo Vegas, have been bending the rules on social responsibility, things need to change. The Executive Director of the Gambling Commission, Tim Miller has therefore spoken of the GAMSTOP scheme as being unfit for its purpose.

Miller has also called on the industry itself to do more to combat problem gambling. Of course, with various third parties putting their own work in to try and resolve the gambling addiction problem in the UK, some of the weight will be taken from the shoulders of the online operators.

The Commission itself is also seeking out methods of improving the current standards. In a report published on May 3 – the Responsible Gambling Strategy Board – executives of the UKGC claim that social responsibility provisions have somewhat increased within the past two years. However, this same report also brought attention to the fact that certain areas have not progressed at anywhere near the desired rate.

Hopes are high for the recent collaboration between the NUS and Gamban though, with many claiming that while it will primarily help students, it is sure to also have an effect on the country overall.