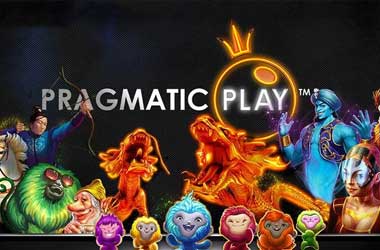 The online software developer known as Pragmatic Play will expand its gaming options in due course, thanks to its recent acquisition. Up until now, the company has focused quite solely on providing slot games to the online gaming world. Yet, its most recent purchase of the developer Extreme Live Gaming will see it branch out into the live dealer sector. This will enable the provider to offer up live dealer versions of games like blackjack and roulette.

The announcement of the acquisition, which occurred on June 26, will see the company pay out an undisclosed sum for Extreme Live Gaming. This will go to the Novomatic Group, which currently oversees the running of the Extreme Live Gaming suite of ten games.

Pragmatic Play already provides its range of games to a number of top online casinos. These include sites like William Hill and Casino Adrenaline. Because of its widespread game provisions, Pragmatic has built its own reputation up as one of the internet’s leading slots developers. Of course, the provider has seen the demand for a greater level of authenticity and immersion as far as games are concerned. Therefore, Pragmatic – which bases itself out of Malta – is taking its first steps into the live dealer industry with this purchase.

It’s a great move for Pragmatic, which just last week managed to pick up the award for Innovation in Slot Provision at the EGR B2B Awards of 2018. This is all thanks to such recent slot releases as Asgard, Madame Destiny and Jade Butterfly. Additionally, the company has gone on to create a new partnership with Rank Group – another gambling company based within the United Kingdom.

Once terms have been fully agreed upon, this will see Pragmatic go on to provide its range of more than 80 slot games to brands like Grosvenor Casino. The live dealer games will also come into effect at a later date.

Some may call the purchase by Pragmatic a bold move, yet it’s certainly a shrewd decision. Within the past few years, live casino games have become much more popular for avid players to access. Furthermore, the future of online casino gaming has been taken into consideration with such a move, as live dealer games are expected to be merged with the Virtual Reality (VR) world in a big way soon.

Back in 2016, the Microgaming developer brought a preview of its VR Roulette prototype to the ICE Gaming Conference. With the arrival of this, one of that company’s largest competitors Netent took its own steps towards the VR gaming future. The developer went on to rework its game known as Gonzo’s Quest, trialling it at the same conference one year later. This VR version of the game is expected to be released at some point this year.