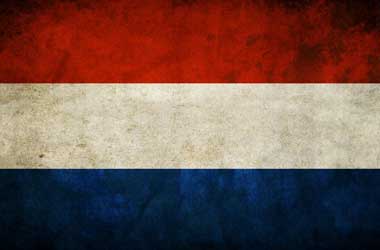 This past Tuesday saw the Dutch Senate take a vote on whether or not to provide legal internet-based gambling to citizens of the Netherlands. In a positive outcome for the industry, the Senate voted in favour of the legalisation, giving Dutch (and foreign-based) operators the opportunity to apply for a licence there.

It wasn’t so long ago that we reported on the increase in online gambling within the Netherlands, with the number of people participating in such rising by 20% last year. Of course, because of this all taking place through foreign-based platforms, the government didn’t reap any of the benefits of such activity. In 2018, the online gambling market of the country was said to be worth around €592 million.

Naturally, it didn’t take the government long to figure out that this was money that could be put to use in their own affairs. So, it’s little wonder that the Senate has voted in favour of new legislation being brought into effect regarding the industry.
The vote for this was supposed to take place last week, although the government deferred it for undisclosed reasons.

And even before the vote took place this past Tuesday, the Financieele Dagblad made a point of saying that around 300 different companies had expressed their interest in operating gambling websites in the Netherlands. Of these, about 50 are expected to be making formal applications for licences once these become available in 2020.

The vote that took place on Tuesday was actually two years in the making. It was around that time that the lower house would vote favourably towards third party companies being able to offer legal online gambling within the Netherlands. Other than this, the Holland Casino is the only state-regulated establishment that is allowed to provide gambling to Dutch residents.

The Senate wasn’t completely in favour of online gambling legalisation, though. Two Christian parties within the coalition chose to vote against it, as was previously expected to happen. Their argument for such a decision was that allowing additional companies to provide online gambling will also lead to extra problems when it comes to addiction. However, enough of the Senate took the decision to vote for its legalisation, and the motion was passed.

With the favourable outcome, companies that do go on to apply for a licence within the country will also have to pay out a 29% tax on revenue, if they should be successful in receiving legal status. A keen focus is also expected to be placed on responsible gambling once the new laws come into effect.

Of course, applications for such won’t become available until 2020, giving the government enough time to put all of the legal framework together. So, until that time comes around, things will proceed as normal.