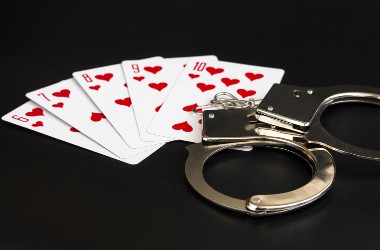 The Philippines has been trying to clear up the influx of illegal immigrants who have been working in the online gambling sector within the country. Yesterday, February 19, the country’s Bureau of Immigration (BI) went on to raid an office in the huge city of Makati. In the process, a total of 276 foreigners were arrested.

Speaking of the arrests to verify the immigrants’ travel documents and current status, Fortunato Manahan Jr., operating as the Intelligence Division Chief, noted that the arrests were necessary. Most of the people who were nabbed in the raid were working as part of the online gambling sector, he claimed.

The raid wasn’t carried out on a whim, though. The BI said it had received reports about foreigners working in the office without any proper visas or immigration permits to be able to do so legally. Yet, for the time being, it isn’t clear want sort of evidence the BI had to compel them to conduct such a raid, other than the report.

Manahan said that most of the immigrants were “undocumented” and also couldn’t provide any sort of “proof showing their status” within the Philippines. Should these people be proven to be working in the country without any kind of proper visa, they could very well be deported.

Are They Really Illegal?

For the time being, there is little information to suggest that the foreigners were working illegally within the Philippines. Visas for the country are generally represented by the appearance of a stamp in a person’s passport, or by an ID card – usually with some paperwork alongside. The case could be that the foreign nationals just didn’t take their documents to the office with them on that day. Many people do have the fear of losing such documents, so choose to leave them at home instead.

However, reports do currently suggest that some of the foreigners arrested were working for an operation that services the site known as Manbet. This gambling site provides its users with access to online casino games, sports betting and live dealer possibilities, and it services both China and the United Kingdom. The company office is located within the Alphaland building, and it’s also a sponsor of the Crystal Palace football club. The company’s legitimacy is not being called into question though, as it does hold an offshore gaming licence in the country.

Yet, these arrests at the Makati office come just one day after the BI warned that any offshore gaming operations should proceed to register themselves with the agency before going on to request or renew a licence. This, President Rodrigo Duterte said, it a new policy that has been brought in so as to combat illegal immigrants from China.

The threats from the Philippines towards gaming operators that choose to employ illegal immigrants have been coming for several months now. Of course, the lengths that the authorities are willing to go to is also in question, considering that the Philippines and China don’t have the greatest relationship with China.