Paypal Criticised for Giving Problem Gamblers a Way In

Paypal Criticised for Giving Problem Gamblers a Way In 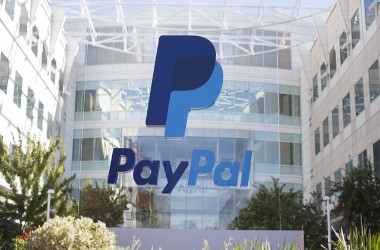 There are various ways of depositing at many online casinos today, including credit cards, bank transfers and e-wallets. And speaking of e-wallets, there’s one brand that is currently on the receiving end of a lot of criticism in the gambling world.

The Paypal e-wallet has come under fire recently for giving customers the chance to deposit up to £150,000 per day. Many gamblers would look upon this as being a great maximum allowance, but for problem gamblers, this could be…well, a problem. Some people suggest that it could be used by such players to easily avoid limits imposed by banks.

This has led to legislators, as well as gambling experts, within the United Kingdom to urge the company to have a more responsible process in place, so as to assist with the prevention of addicts suffering from massive losses at online casinos. Doing its part towards turning things around, the Department for Digital, Culture, Media and Sports (DCMS) has stated that the UK’s Gambling Commission should potentially consider including e-wallets alongside its review of UK credit card use.

Where Does Paypal Go from Here?

Paypal is well-known around the world as being a payment system that allows users to make money transfers to other people and, more importantly in this case, online casinos. The Paypal account is usually connected to a credit card or to a bank account, or if they have an e-wallet balance, this can be used. In the event of not having enough Paypal funds though, the money will be taken directly from their card or bank account.

Speaking of the processes that Paypal and companies akin to this one use, the Deputy Leader of the UK’s Labour Party, Tom Watson said that more responsibility needs to be taken. These brands need to identify problem gambling signs and prevent gamblers from building up huge debts via their services.

In response to this, Paypal said that there may have been the possibility of players using its service for compulsive gambling purposes. At the same time, it said that it has reviewed its own controls and will be implementing stricter rules surrounding its payment processes.

Where did the rumour about Paypal servicing such addicted players come from, though?

Well, confirmation on this came from the psychiatrist Henrieta Bowden-Jones. She is known in the UK for setting up the only NHS clinic that deals with problem gamblers and treating them. It was just a couple of weeks ago that the psychiatrist heard of a player utilising Paypal’s services to circumvent standard bank limits from one of her patients. That particular person was a 20-year-old man who had no savings with which to gamble.

Further revelations from Ms Bowden-Jones stated that the same gambler had reached his bank card limit through online casino deposits. Yet, he still managed to process withdrawals of £2,000 at regular intervals via direct debit. This money was then used to continue gambling and within a few hours, his overall losses tallied up to £150,000.