Bet365 Sues the Betio Brand for a Form of Identity Theft

Bet365 Sues the Betio Brand for a Form of Identity Theft 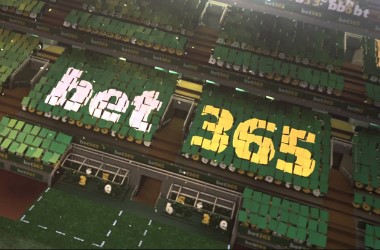 Following the recent ICE event in London, Bet365 has taken the decision to sue the Bulgarian gaming brand known as Betio. Why? Because the company noticed that Betio utilises very strong resemblances to its own branding.
As it was first reported by the eGaming Review, Bet365’s lawsuit relates to the logo of Betio primarily. However, it also extends to certain products that the brand displayed during the ICE convention. The lawsuit even states that the similarities were noted by several other ICE attendees, with the green background and white and yellow text type.

Speaking of the case, a spokesperson for Bet365 said that “appropriate legal action” is being taken so that the brand can defend and protect its own “intellectual property rights”.

It is clear to see that the two brands’ logos are very similar, although with Bet365 beginning its gambling journey much earlier than Betio, there’s little doubt that it came up with the design first. Betio’s does seem to have taken a lot of its influence from the British company’s logo, even down to the colours chosen for the text. Yet, to add to this, navigating to the Betio homepage also displays certain similarities to the Bet365 platform, which doesn’t seem to be a coincidence.

Red may be the primary colour on the Betio site, while green stands out at Bet365, but the layouts do bare somewhat of a resemblance overall.

For the moment, Betio has not come forward with any sort of response to the lawsuit by Bet365. Of course, judging by the obvious similarities, it would be quite difficult for the brand to deny any sort of branding resemblances.

It wouldn’t be the first time that Bet365 has had to fight for trademarking purposes, though. The business, which is based in Stoke, fought to protect its own brand name in Europe throughout a 10-year period, only receiving a favourable outcome in 2017 for this. Its argument was that it had existed for a long enough period of time to warrant being on the receiving end of a trademark on the Bet365 name.

It’s certainly true to say that Bet365 is one of the more well-known names in gambling. When the case was reviewed by the EU General Court, the decision was made that trademarking its products was a justified process when it came to the brand’s online betting and gaming service. Yet, the judge bypassed the company’s attempts to trademark its computer software and gaming apparatus.

By receiving such trademark protection from the EU Court, Bet365 went on to expand its services across the European market, and it has been active in the country of Bulgaria since 2016. Due to this, the brand seems to have quite a strong case against Betio, should it all come to a court hearing.

While they do say that imitation is the sincerest form of flattery, that’s probably not Bet365’s way of thinking in this instance.