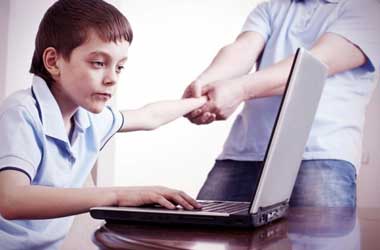 There have always been concerns about how minors are affected by online gambling, but there could be a problem that is connected to this. Video gaming and online gaming as a whole, is a popular pastime for many young people. It’s not just online casinos, sportsbooks and poker rooms that should take all the finger-pointing for gaming addiction. Internet gaming is constantly on the rise, and it’s now becoming an issue within itself.

One teenage boy in the United Kingdom is thought to become the first ever patient who will be officially diagnosed with having an addiction to internet gaming. This comes alongside a young girl who has recently entered rehab for displaying what was described as “worrying behaviour” that was associated with playing the video game known as Fortnite.

Before the teenage boy became an addict to internet gaming, he was the captain of the rugby and cricket teams in his home county. However, once the games took a hold of him, he refused to leave his home. The boy, aged just 15, is expected to be the very first patient within the United Kingdom to receive the online gaming addiction diagnosis. Such gaming has consumed his very life, with the boy even refusing to attend school for a year. Up until now though, his mother faced trouble with the National Health Service (NHS), who didn’t really opt to diagnose or recognise his condition as being treatable.

The Girl’s Story and How Online Gambling Is Connected

It’s fairly common for younger children to be taken hostage to playing video games, and this is never truer than the news of a 9-year-old girl entering rehab. Her addiction to the aforementioned Fortnite game forced her parents to send her on a course of rehab after displaying behavioural changes. The girl’s grades at school had worsened and reports of her falling asleep in classes were enough to trigger her parents into action.

Video gaming may seem like a world apart from online gambling, but it’s not quite true. The girl had also utilised her parents’ credit card to purchase in-game items. And while not specifically being considered as gambling, could it lead to the child experiencing online casino games by depositing funds using such a card? If a 9-year-old is able to purchase in-game items from a video game, then it wouldn’t really take much for her to extend this to online gambling.

Experts have warned that online gaming addiction is affecting many scores of children already, and with good reason – gaming can be found very easily on the internet. Many of these games are targeted specifically at children as well. At the beginning of 2018, the World Health Organisation (WHO) classified the gaming disorder as being a mental health problem.

Even though the WHO has stated that the problem is still somewhat rare, certain problem gaming charities have already begun waving a red flag when it comes to the increasing number of children being affected by it.