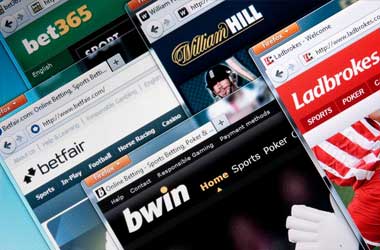 There may have been quite the commotion made about gambling advertisements appearing during sporting events and other television programmes, but it seems as though this is only part of the focus. In actual fact, gambling companies in the United Kingdom are spending much more time and money on online marketing.

It was this past weekend that the country’s GambleAware charity proceeded to release figures relating to financial analysis. This was conducted by Regulus Partners, and it showed that the total marketing spend of gambling companies reached £1.5 billion last year. That shows an increase of 56% on the amount spent in 2014. What’s more, the vast majority of that spending takes place with regard to the online world.

Direct online marketing costs soaked up £747 million of that overall total, with spending on affiliation reaching £301 million. Of course, you can’t expect social media to have not taken over on a grand level. Spending on the market tripled within the past three years, reaching £149 million.

Some people may still say that television advertising of online casinos, sportsbooks and other gambling sites remains at a high, but the figures suggest otherwise. While spending on it did hit about £234 million, this stands out as being just 15% of the overall total. Even though key members of the Remote Gambling Association (RGA) met the previous week to discuss certain limits on TV advertising, it appears as though they’re focusing on the wrong area.

A Slow-Down in Affiliation Growth

While the online marketing sector is burgeoning according to the report, the use of affiliates by gambling operators appears to be slowing. It only increased by a mere 2% since 2014. It was only last year that many online platforms reduced their exposure to affiliates. That could have been in part due to the fact that third-party marketing was overwhelming the industry.

Speaking of the figures regarding the online gambling marketing sector, the CEO of GambleAware, Marc Etches placed focus on the report. He said that it much more attention should be shown to the extent of advertising online. Continuing, he spoke of internet companies uniting with social media platforms to be responsible with such in a bid to protect minors.

This report ties in with the recent reports surrounding the dramatic increase in the number of child gamblers in the UK. While the figure showed that there has been an increase in this number, the results could be skewed somewhat. For the first time, the report incorporated 16-year-olds, which did help to elevate the number to a higher position. It didn’t take the Gambling Commission long therefore, to suggest that only a mild increase in youth gambling had taken place.

Whatever the case may be, the Commission may need to refocus its attention on the online marketing sector, rather than continue its potential purge of advertising taking place via television.