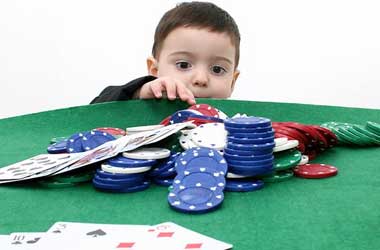 A recent report from a study done by the UK Gambling Commission has suggested that the number of children considered to have a gambling problem has surged. In the past two years, the number has increased to over 50,000 minors, who have been diagnosed as being addicted to different forms of gambling in the country.

To add to this figure, the Commission has suggested that about 450,000 children between the ages of eleven and sixteen already bet regularly. This is more than the number of youths who have smoked, taken drugs or participated in underage drinking.

According to the study, bets placed amongst friends, on slot machines and with physical scratch cards were the most popular forms of gambling for youngsters. Speaking of the issue, the Bishop of St Albans went on to state that the outcome is a “generational scandal”. He went on to say that it should serve as a warning to the parents of today’s children.

The figures from the report mention that in the past 12 months, about 39% of youths between 11 and 16 years old, have chosen to spend money on gambling. An average of £16 was spent on gambling by children in the past week and 6% of them had taken the option of gambling via the account of a parent or guardian.

Perhaps most startling of all though, is that some children have used betting shops and/or online betting platforms, even though they’re under the legal age for gambling in the United Kingdom.

The Gambling Commission also made a point of raising concerns over the fact that many youths had been exposed to the controversial loot boxes of video games, which many countries have determined to be a form of gambling, too.

A total of 2,865 minors between the age of 11 and 16 years old were studied for the Ipsos Mori report. The government of the UK has been trying to crack down on various sectors of the gambling industry, with fixed odds betting terminals (FOBTs) being a primary focus recently.

However, with figures showing that only about 10% of pubs will intervene if they notice children participating in gambling on their premises, worries have increased.

The Executive Director of the Gambling Commission, Tim Miller requested a “joined-up approach” to take place, which he believes will help to keep children safe. He spoke of the recent figures getting people to “sit up and listen”.

Yet, Mr Miller said that the reason why things are more worrying today, is because children prefer to participate in gambling out of sight of regulations. Private bets taking place between friend groups or participating in card games for money are quite popular amongst youths. Therefore, while some children are caught betting in bookies or public houses, it’s not as common an occurrence.
The only question that remains now, is what the government and parents of affected children can do about it.