The Best Slots to celebrate the Oktoberfest

The Best Slots to celebrate the Oktoberfest 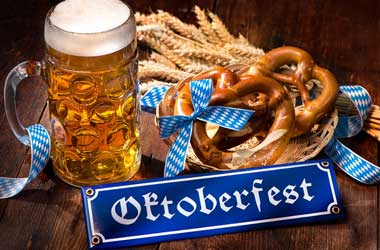 The 2019 Oktoberfest is already taking place, having started on 21 September. For those people who aren’t aware of the event, it’s the world’s largest beer festival and travelling funfair, which is held annually in Munich, Bavaria, Germany.

The festival runs for around 16 days, usually ending on the first Sunday of October. It’s said that more than 6 million people from around the world attend the event each year.

Yet, if you’re not able to make it to Germany for Oktoberfest, why not celebrate with an online video slot instead?

Let’s take a look at the best slots for Oktoberfest, shall we?

What more direct way of celebrating this event than by accessing an online slot game that utilises the exact same name? Oktoberfest from NoLimit City does precisely that, and it introduces you to the festival with some wonderful graphics and animations.

It’s a five-reel, three-row slot, so it’s got the standard interface for you to see. The execution of the theme is marvellously done, featuring beer kegs, trumpets, accordions and even playing card letters that are shaped out of pretzels! 20 pay lines are also in operation within Oktoberfest, and if you spin three scatter symbols into view during base gameplay, you’ll activate 10 Bierspins (free spins). Additionally, you may see Prost Spins, Pretzel Party or Party Spins features come into play in this one, too.

Of course, it’s not only NoLimit City that has created an online slot game that goes by the name of Oktoberfest. Amaya has brought their own take on the theme to life with the same title as well. It’s another five-reel setup, which comes with nine pay lines to bet on, too. The developer has added some entertaining graphics throughout the game, while a wild symbol and Beer Barrel Bonus are also present.

If you can’t make it to Germany for Oktoberfest, then Amaya’s online slot will provide you with one of the best games for celebrating. With symbols of various beers, a charming serving girl and stout men downing ale, it really gets you in the mood for the event.

The Bier Haus online slot game is one of those titles that if you play it once, you’ll want to keep coming back to it. Coming from the WMS developer, it features rich graphics and the theme is executed very nicely. You’re able to place bets of between 40p and £200 per spin in this five-reel slot, but it’s got much more to offer to you than a base game.

The main attraction of Bier Haus is its free spins round, which you activate by bringing five or more of the feature scatters into view anywhere. At a maximum, you’re able to receive up to 80 free spins when triggering this round, and the game features gold symbols which will turn wild and lock in place during the free spins round.

Quest for Beer by Microgaming

While this online slot doesn’t focus specifically on Oktoberfest, it still maintains the whole beer theme. However, instead of taking place in Bavaria, Quest for Beer takes you to the land of the Vikings. It’s one of the older slots from Microgaming, so the graphics in it aren’t totally stellar. Yet, that’s not a problem, as it doesn’t take anything away from the entertaining gameplay.

Within the slot, you’ll find that there’s a wild symbol, which comes in the shape of a tankard of beer. This one can substitute for all other standard symbols within Quest for Beer, helping you with forming winning combinations in the process. Alongside this, there’s a serving wench who works as the scatter symbol in the five-reel game. She can pay out from any position on the reels and will also activate the bonus feature round. Meanwhile, the tankard appearing on reels two, three and four will activate a free spins round, which comes with a double multiplier on all wins.

If you’d rather take a bit of a walk into the forestlands instead of drinking beer during Oktoberfest, then Bavarian Forest will give you the chance to do this. Why not have a little wander into the woodlands and see which animals you’re able to spot there? Maybe a hedgehog or a magpie or even a wild grizzly bear. Whatever the case, you’ll certainly feel like you’re at the heart of nature with this one.

Make sure that you also watch out for the arrival of the man dressed in traditional Bavarian costume too, because he works as this slot’s scatter symbol. Should it appear on reels three, four and five simultaneously, then it will activate 15 free spins for you. And if this one shows up on the same reels during free spins, you’ll be granted 100 extra on top to play through! A gamble round is also present within Bavarian Forest.

Last of all, take a look at Heidi at Oktoberfest by Red Rake Gaming, because this one will once again bring the Oktoberfest theme to life on your screen. Released in 2015, this one executes the theme to perfection, featuring all of the standard symbols associated with it. These include accordions, beer tankards, acorns and ale kegs.

In fact, the beer tankards work as the slot’s wild symbol, which will replace all other standard icons, except for those of Heidi herself. Speaking of Heidi, should five or more of this symbol appear anywhere, then you’ll get to play through the five free spins bonus round. For every additional appearance of Heidi during this feature round, you’ll get five more free spins, with a maximum of 80 able to be awarded to you in the game. 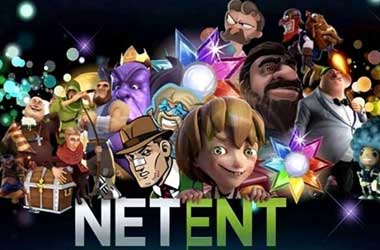 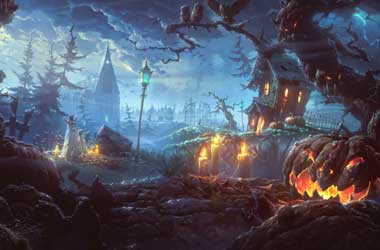