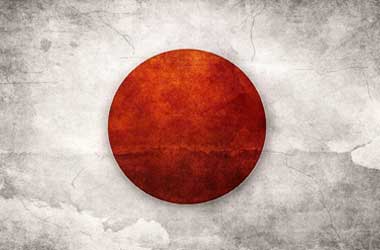 To put things bluntly, Japan has been experiencing certain troubles when it comes to the terms behind the legalisation of land-based casinos. It was just last Friday that a debate on the Integrated Resorts Implementation Bill was unexpectedly cut short. Not only that, but during the debate, a strong and fierce committee was in session, resulting in a small in-Parliament fight. It couldn’t have come at a worse time, considering Japan is very much on the edge of passing a specific law that could see it establish the second-largest casino market in the world.

Even with the strong efforts from parties that are opposed to the integration of the aforementioned bill, it will still be put to the Japanese Parliament today for a full vote. It’s also strongly thought that the proposed legislation will be given the go ahead, considering that the ruling coalition government (made up of Komeito and the Liberal Democratic Party) has supported it since its early days. Furthermore, the Prime Minister of Japan, Shinzo Abe has also given his support for the bill.

It is today that the culmination of the Prime Minister’s efforts (along with other gambling supporters) to finally open up the country’s local casino market, will take place. Even though the casino gaming ban of Japan was abolished in 2016, there hasn’t really been an adequate piece of legislation or any regulations put in place to organise the industry. Therefore, the passing of this bill will provide Japanese casinos with certain policies that they need to adhere to legally.

The introduction of the Integrated Resorts Implementation Bill is being brought into place amidst widespread concern throughout Japan about an increase in gambling addiction. It is set to put a mass of rules in place, a regulatory framework if you will, to ensure that casino gambling in Japan provides a fair and safe pastime for citizens.

The bill was approved by Japan’s government towards the end of April, even though there was a vast amount of concern from the public that opening the casino market would see a boost of gambling participation and, consequently, addiction. To combat this, certain restrictions were brought into play as far as the bill is concerned.

These restrictions from the coalition government state that three casino operating licences will be given out, meaning that three casino resorts will be established within Japan. Further to this, the local residents will not be able to enter the casinos on a highly frequent basis – no more than three times per week or ten times per month. A casino entrance fee of ¥6,000 (£40/$55) also has to be paid by gamblers from Japan. Any foreign visitors will have free entry to such though.

To add to this, in the middle of May, a new gambling addiction bill was brought to the Lower House of Parliament, overseen by the coalition government and a large opposition party, Nippon Ishin no Kai. This piece of legislation has a large focus on how to deal with problem gambling in Japan.