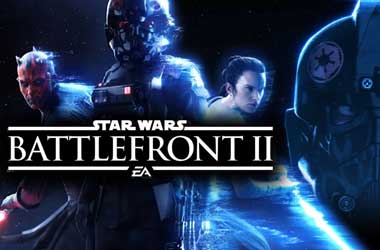 Since the recent launch of the popular video game Star Wars Battlefront II, a huge wave of backlash has been surrounding the gaming industry. This all happened due to the ability for players to collect loot boxes while gaming. These usually contain different items of varying value and nature for gamers to benefit from.

owever, this isn’t the first time such items have been made available in games. So, why the sudden furore about them?
Well, it’s normally the case that these loot boxes can be opened, and players can check out what is inside. Then, if the gamer likes what he sees, the possibility of buying these items is made available. However, the Star Wars game only makes the items within the loot boxes available after you have paid to open it.

Since that time, players have been questioning the game and whether such play constitutes to a certain form of gambling. It’s certainly not a game that is available within casinos, so does it have any kind of relation to the gambling world? The United Kingdom Gambling Commission has finally revealed its stance on the subject.

The recent statement from the regulatory body states that it does not consider these boxes as gambling. As long as players are not able to cash out the items that are found within them, then it cannot be considered as such.

Executive Director of the UK Gambling Commission, Tim Miller did mention that these boxes could be a risk to any gaming minors. And that they do fall into the 2016 position held by the Commission, which concerns itself with video games and inbuilt features. However, he also mentioned that there is a very fine line between what could be considered gambling and what isn’t. The only thing that stops the loot boxes in Star Wars Battlefront II from being labelled as a form of gambling is what’s inside them. It would only be a form of gambling if the acquired items could be considered as money or money’s worth. So, because the items can only be used within the game, it doesn’t fall in to the category of gambling.
Therefore, the UK Gambling Commission is not able to step in and assert any kind of legal position on the topic. The company is there solely to regulate activities relating to gambling.

It’s not only in the United Kingdom that a backlash against the inbuilt features of this game has taken place. Regulatory bodies from elsewhere have put their views forward on loot boxes and whether they are a form of gambling too. After the release of the game on November 17, the Belgian Gaming Commission was one of the first to strike out. The company began an investigation last week and came to the decision that the loot boxes are a form of gambling. However, no action has been taken within the country regarding the game.

Further to this, an investigation is underway in the Netherlands by the gaming authority, Kansspelautoriteit. As a strong regulator, it is known to hold a strict stance on anything that constitutes unregulated gambling and aims itself at Dutch gamers. Australia has also seen the Victorian Commission for Gambling and Liquor Regulation state that the loot boxes constitute a type of gambling. Likewise, the company says that the items do pose a serious risk to minors and others with a vulnerable status to gambling.