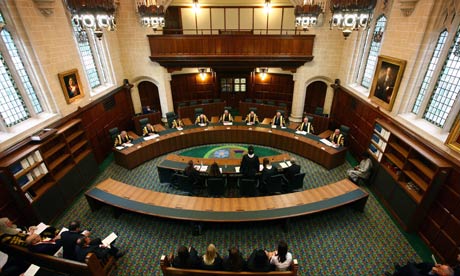 An appeals court in the United Kingdom (UK) has upheld a tribunal court’s ruling that the UK Gambling Commission (UKGC) holds the authority to reject license applications even if they satisfy the committee’s stated conditions.

On May 25, the UK Court of Appeal’s Civil Division endorsed a ruling by the Upper Tribunal which had decided in favor of the UK gaming regulator in a case brought by pub retailer Greene King

The pub which is the country’s largest pub retailer had filed a case against the UKGC after the commission rejected the pub’s application for a bingo license despite accepting that it met all regulatory requirements. The application made in 2014 sought permission to offer bingo games across all of Greene King’s 3,000 locations nationwide.

The Gambling Commission had mentioned at the time of denying the license that it was concerned about introducing commercial bingo into locations that are traditionally pub premises. It stated that approving a license to Greene King would not be in line with the licensing goals laid down in the 2005 Gambling Act and would impact some of its objectives.

The objectives referred to include preventing gambling from becoming a source of disorder or crime, ensuring fair gambling operations and protecting children and other vulnerable members of the public. In its judgment, the Court of Appeal (CA) pointed out that the regulatory body had the leeway to use its expertise in making decisions.

In a statement CA Lord Justice Gary Hickinbottom said, “In the context of a proposal for full commercial bingo in a busy working pub, the [UKGC] Panel were able to draw upon their own expertise and experience of the relationship between gambling and alcohol – and that of the Commission’s officers – and the historic data and reports such as the Budd Report.”

The judgment was unanimous with CA Lady Justice Mary Arden and Lord Justice Peregrine Simon also backing the ruling. With this clarity, Greene King’s case will now be reconsidered by the first-tier tribunal. The CA said that the tribunal was free to agree or disagree with its views. Greene King initially won the case before a first-tier tribunal judge but the upper tribunal decided against the lower court’s verdict.

The Upper Tribunal made its 2016 decision and stated that the UKGC was allowed to decide against issuing a license to pubs if it believed that it would be harmful to other licensing objectives laid down in the Gambling Act, a view that is now supported by the CA.