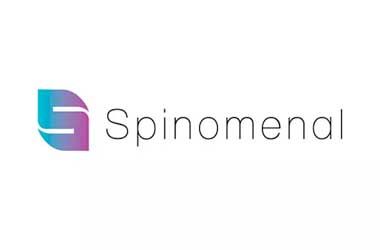 Spinomenal may already offer up a catalogue of a huge amount of online games, but it’s also continually expanding that range too. For the moment, it’s getting close to the 100 slot games mark, with all of its titles being available in the HTML5 format. Therefore, they’re accessible to both desktop casino gamers and mobile casino players too. However, the developer is branching out even more, with the launch of two new games.

The first of these comes in the form of another online slot game, which has the title of Reviving Love. However, not only that, but Spinomenal has also chosen to extend its reach to table game players too. This is why it has also launched its own version of European Roulette to cater to such. Both games feature the provider’s usual high-quality brand of graphics, ensuring a fun time is had by all who play them.

Roulette, of course, is one of the most popular table games to play, online or offline. So, for a first title to release in this genre, it’s a great one for Spinomenal to go for. It’s a game that plays according to the traditional rules of European Roulette, so it’s quite standard – meaning that it doesn’t have any special rules or twists. As said though, it does also come with high-quality graphics and entertaining gameplay. Despite it being a fairly standard version of roulette for an online casino to incorporate, the Spinomenal mark of quality shines through.

What Does the New Slot Provide?

Reviving Love, on the other hand, has the appearance of something that would fit very nicely into a Tim Burton film. It looks like a mad scientist is trying to revive the love of his life in a sort of Frankenstein way. The game itself comes with 243 ways to win and has several different special features to enjoy alongside this. Again, Spinomenal has designed the game with the utmost attention to providing a visually stimulating offering.

Icons upon this game’s reels will see you presented with imagery of various internal organs, which the scientist is using to revive his beautiful bride. Speaking of which, he will be watching on from the side of the reels as you spin them. He also works as the game’s wild icon, thereby substituting for all other symbols, except for its freespins and bonus additions.

As spoken of before, it’s also got a couple of additional bonus perks to enjoy, starting with the freespins round. The scientist carrying a headless body works as the freespins symbol and you’ll need to bring three or more of them into view on the reels to trigger this feature. Finally, the woman he’s trying to revive is the game’s bonus symbol. Three or more of this one appearing will activate the bonus feature round. This sees you help the mad scientist to bring his love back by lighting five sections of the energy wheel she’s surrounded by.

When you consider that there are also extra wilds and win multipliers in play throughout the game, you can tell that Spinomenal aims for gamers to have a truly thrilling time playing this dark and creepy offering.