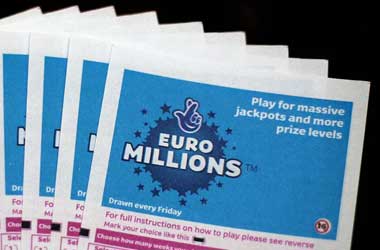 The UK government has put forward plans to bar the country’s lottery betting operators from providing markets on any non-UK EuroMillions draws. It was announced last November that following a series of consultations, the government were convinced to introduce new conditions to lottery licences. The most important of these conditions was that consumers within Great Britain would be restricted from placing wagers on any EuroMillions games that occur outside of the United Kingdom.

This new licence condition is set to come into force on 6 April, but instantly saw backlash from many lottery operators in the UK. Of these, the popular site like Lottoland, made the biggest furore. However, it’s also now clear that the umbrella group which encompasses several rivals of Lottoland, known as The Lotto Betting Group (LBG), has also indicated that it will challenge such an “irrational” proposal.

There has already been a “letter before claim” that has been submitted by the LBG, looking for a judicial review relating to the new licence condition. This is in the process of being looked over by the secretary of the Digital, Culture, Media and Sport (DCMS) department, Matt Hancock. This sector of the government is also responsible for multiple other online gambling areas, such as online casinos and poker rooms.

A Statement Is Made

Further to this, the LBG brought forth a statement, which claims that the UK government is “unjustified” in its decision and that the choice was made by basing itself on “inconclusive evidence”. At the same time, the statement pointed out the government’s National Audit Office report. This spoke of a 2016-17 decline with regard to the National Lottery income that is devoted to providing money to good causes. According to the report, this decline wasn’t anything to do with lottery betting, but instead due to customers shifting away from draw-based lotteries in preference of instant games.
A response has yet to be given by the DCMS as far as the submitted letter goes. However, one spokesperson for the department has said that it will make its thoughts known on the subject soon.

It was one year ago that the DCMS launched the consultation over lottery betting. During this consultation, the department made claims over third-party betting upon certain lottery draws being contrary to both the spirit and the intention of the UK lottery rules. And even despite the fact that the DCMS agreed that there wasn’t any evidence to support claims by the National Lottery operator Camelot, that such third-party wagers were harming funding for good causes, the view on these bets was kept.

However, Lottoland has had its fair share of troubles with the UK Gambling Commission. It was only last year in June that it received a fine of £150,000 for misleading its customers into believing that they were participating in an actual lottery, rather than betting on its outcome. This came following a dress down by the UK advertising watchdog a few months prior, relating to a radio advertisement that also failed to make differences between taking part in a lottery and betting on its outcome.