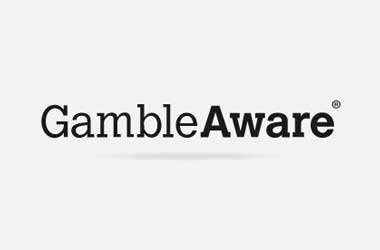 If you’re an online gambler in the UK, then there’s a fair chance that you may have seen the advertisements for GambleAware’s responsible gaming. This same advertisement is one that the Senate Group is hoping to spread out across all operators within the industry.

A letter that is directed at UK gambling licence holders, has been sent out by the organisation – which helps to tackle problem gambling in the country. In the letter, the company highlights how effective the “When the Fun Stops, Stop” advertisements have been so far. Supposedly, the campaign has managed to reach a total of 82% of online gamblers in the UK. In the process, it has also helped 33% of these players to bet on a more responsible level, according to independent research.

With the initial success of this campaign, the Senate Group has in turn urged operators to view and take up the message before the sporting events of the summer come into play. The Group Chair of Senate, Gillian Wilmot spoke on April 30 about this in a press release. He said that the gambling industry has the opportunity to show its global leadership with regard to self-regulation. It can do this now in the seven-week run up to the World Cup begins in Russia, as during this, it’s expected that £1 billion in sports wagers will be placed.

Will the Message Be Embraced and What’s Next for the Gambling Commission?

Certain guidelines have already been brought forward by the Industry Group for Responsible Gambling (IGRG), which state that all operators holding a licence must also post responsible gambling messages on television advertisements. Even though this is the case, the rules don’t have any stipulations on how that message should be conveyed. This is why Mr Wilmot believes that the Senate Group’s campaign advertisement should be set as the default method for such operators to use. Of course, some may choose to utilise their own kind of slogans and advertisements.

The UK Gambling Commission has said that it will support any kind of methods that help to improve industry awareness of problem gambling. Speaking of the Commission, an April 30 report from the regulatory body outlined its plans that are scheduled for the proceeding 12 months. Consumer protection stands as one of the primary focuses between 2018 and 2019.

This particular focus aims to raise standards across the gambling industry and also tackles the problem of marketing in the sector too. Developers are expected to incorporate various safety measures throughout the design stages when creating promotions, advertisements and campaigns.

Perhaps taking its cue from the Senate Group’s own campaign relating to online casinos, sportsbooks, poker and others, the Commission looks to make the gambling sector better and safer for all. The Chair of the Gambling Commission, William Moyes spoke of having “ambitious plans” when it comes to the upcoming 12-month period. However, he said that these plans are in place to ensure that the regulatory body can continue their task of responding to emerging risks and issues.