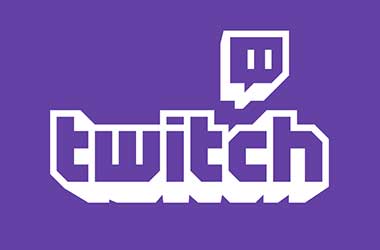 An investigation by Eurogamer into the Twitch streaming site has revealed that two online casino sites played at by streamers are unlicensed. This has now led to talks being conducted between the UK Gambling Commission and the Twitch brand.

The Eurogamer investigation found that advertisements were on display at the streaming site, promoting the unlicensed casinos. Both casinos in question have been advertised by several of the Twitch streamers. These adverts have been visible in the form of both links via video descriptions and images. Not only that, but games that are being accessed at both casinos are frequently streamed by Twitch users.

Casinos are only allowed to operate in the United Kingdom if they hold a gambling licence from the UK’s regulatory body. The casino brands have not been named by Eurogamer under request by the Gambling Commission. This is to prevent further promotion of the platforms.

Speaking on the unlicensed casino sites and their advertisement on Twitch, a spokesperson for the UK Gambling Commission said that individual cases are not discussed. However, he did go on to explain the body’s approach towards unlicensed gambling sites. He said that “a number of proportionate steps” are taken by the Commission to protect British consumers. These steps can include engaging with the owners of the sites, and working swiftly and closely with both advertising and payment providers in order to sever connections.

The spokesperson also confirmed that the Commission is working with the Twitch streaming service in order to prevent any unlicensed platforms being advertised there again.

The streaming service platform has a category for casino gaming, and this has seen its viewing figures increase steadily over the past couple of years. In more recent months, it has existed as part of the “featured games” section, which can be seen on the Twitch homepage. It’s so popular that viewing figures have seen it skyrocket past recently released video game views, such as Red Dead Redemption 2.

Most of the streams that take place at Twitch also advertise online casinos, with some of the videos actually providing footage of casino gameplay, while others provide links to the platforms via the description boxes.

A comment has not yet been released by the Twitch platform regarding the advertising of unlicensed casino sites. Speaking of the sites, one of them remains in operation at Twitch, with videos still being streamed of gameplay there. Additionally, both of the casinos are still being promoted at the streaming site for the time being.

The Gambling Commission of the UK followed up its comments on the unlicensed casinos by making reference to the blurred lines between certain gaming areas. The statement said that these lines between gambling, social gaming and video gaming aren’t so clear anymore and will frequently merge into one another without there being any obvious separation.

The Commission said that it has joined with 17 other international regulatory bodies to try and tackle the issue of how much risk minors and problem gamblers are at in relation to the gambling industry.