Raid in Texas Results in Arrest of 10 People as Crackdown on Gambling Continues Jack Jakob
March 19, 2019 by Jack Jakob 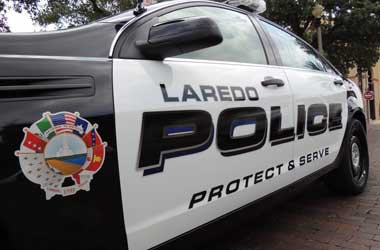 A recent raid that took place in Laredo, Texas saw police arrest 10 individuals who are believed to be connected to other recent raids by the authorities. Those raids targeted various suspected betting operations that were operating illegally within the state.

The three main culprits – Alex Chen, Jien Chen and Con Tran – were all charged with the offence of keeping and operating a gambling house, promoting gambling and furthermore, engaging in an organised criminal activity. Others involved in the arrest received charges on gambling promotion and keeping a gambling place.

A total of seven homes were searched with warrants by the police, along with a total of 14 8-liners. This, the authorities stated, was an investigation taking place as part of the eighth phase of the Operation One-Armed Bandit.

Expanding more on that, District Attorney Isidro R. “Chilo” Alaniz spoke of the raids being the “continuation of our efforts” in the fight against illegal gambling, specifically within the Texas location of Laredo. He went on to say that they will work with the police department and continue their operations as necessary.

Additional Details of the Raid

It was in the evening that officers dispatched themselves to the various locations in Laredo, operating with the assistance of the Drug Enforcement Administration. Other authorities there included the Department of Public Safety, U.S. Marshals Service and Homeland Security investigators. Reports on the events do confirm that money was seized from all locations, although specific amounts were not disclosed. Search warrants were obtained by the police department before the raids were conducted.

Alaniz gave a bit more away regarding the operations, stating that “if you have maquinitas (the Spanish word for machines) and you’re paying out cash”, it’s more than likely that an undercover cop will be within the establishment at some point. Essentially, he pointed out that anyone running illegal casino or other gambling dens is “going to be busted” and their machines seized.

It was back in 2017 that raids were conducted on various Laredo locations, which also took place with the backing of the District Attorney. Many facilities that provide gambling operations in the city so blatantly go against Texas law, providing cash rewards to players who are lucky enough to win hundreds of dollars or more. When the 2017 raids were conducted, the owners of the machines were arrested, as were several employees working within their illegal casino.

To add to the charges of promoting gambling and holding a gambling place, some of the individuals at that time were also charged with money-laundering. Charges such as these could result in jail time under Texas law, since they are considered to be felonies.

Yet, it was even earlier than this that raids first began taking place, with the initial ones happening between 2010 and 2013. During that period, the police department arrested around 60 people, although the charge brought against most of the individuals at that time was gambling promotion – considered to be a Class A misdemeanour in Texas. Just 30% of the arrested individuals in that time period were actually prosecuted, though.