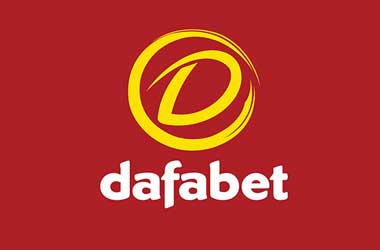 The online gambling operator known as Dafabet recently informed the gaming world that it is closing its online casino which focuses itself on the UK market. It is thought that the decision to shut down this casino comes from the expanding regulatory pressure within said market.

The casino has already stopped accepting deposits from its current members as of 8 March, although players have the ability to withdraw funds and winnings right up until the 20th of the month. Following on from this date, any remaining funds in player accounts will automatically be sent back to the method that players deposited with.

Even though the casino is preparing for its final days online, Dafabet has announced that the sportsbook that is available will not be affected by this move. Instead, it will continue to run as normal.

Since its arrival to the online gaming world, the Dafabet casino has been providing various options for multiple countries and it currently holds a licence from the UK Gambling Commission, which enables it to provide options to the UK market. The site’s secondary licence comes from the Isle of Man. However, it’s not only the fact that it currently operates in these jurisdictions, but it is also known as both the biggest and most popular brand from the AsianBGE online gambling company. This is the company that bases itself out of the Philippines and originally held a licence from the Cagayan Economic Zone Authority (CEZA).

The AsianBGE company first became noticed within Asia by providing various betting and gaming sites, but later on broke its way into the UK market as well. Following this, the company went on to sponsor various UK football clubs, further expanding its exposure to the country and to the rest of Europe. As of the moment, it works as the sponsor of Burnley F.C. – a Premier League team. This came from a £2.5 million sponsorship deal that was signed for the period between 2017 and 2018.

The company has not disclosed any information relating to its decision to close its casino. However, most have speculated that it could be due to the fact that the UK has implemented various changes to its gambling market, and has several other changes pending.

The Gambling Commission of the UK discovered several violations by some of its licensees in recent months. Following on from this, with the support of the Competition and Markets Authority (CMA) as well as the Advertising Standards Authority, the Commission initiated a crackdown on such problem operators. The violations that caused such a move from the Commission included poor anti-money laundering setups and issues with breaching advertising codes.

Various online gambling operators have received warnings from the CMA in relation to practices which could be obstructing customers from being able to access their funds in an acceptable manner. More specifically, the organisation said that there were particular issues with the “unreasonably low” withdrawal limits of certain platforms.