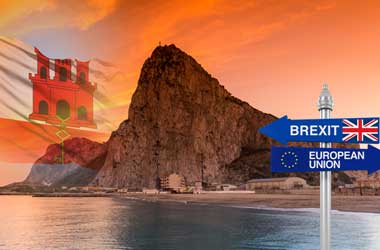 Gibraltar has been handed a lifeline to continue operating and having access to the UK gambling market once the post-Brexit period comes into effect. Or, at least, until 2020 when a new deal may have to be struck between the two.

The crafting of a replacement framework has been accepted by both the United Kingdom and Gibraltar. This will serve as guidance for both commercial and business purposes when the UK government finally leaves the European Union. That means for now, online casino operators holding a Gibraltar gambling licence as well as a UK one can continue operating in the normal way.

When asked about this, the Chief Minister of Gibraltar, Fabian Picardo stated that “great care” is currently being taken between the two countries to make sure that regulatory standards are maintained after Brexit is complete. The deal between Gibraltar and the UK is going to be designed so that customer protection as well as equivalence with regard to regulatory outcomes occurs.

Meanwhile, the Minister of State in the Department for Exiting the European Union, Robin Walker made his own comments on the matter. He said that this decision to continue to allow Gibraltar free access to the UK gambling market was basically prompted by an appeal from many companies based on the island of Gibraltar.

According to Walker, both the United Kingdom and Gibraltar have agreed that access for the latter to the former’s market will remain as it currently is until the year of 2020. This gives the countries more time to come up with a new, much more modern agreement. However, it will still be “based on high standards” of both enforcement and regulation, he said.

How Will This Affect the Markets?

It is said that this remaining deal will provide Gibraltar with a boost of much-needed confidence as far as its gambling market is concerned. Over the years, the island has managed to rack up over 30 online gambling companies. This is mainly due to the fact that, despite it being a UK independent territory, it has low corporate taxes, but remains with full membership to the European Union. Over 5,000 employees work in the gambling sector on the island of Gibraltar too, making it the territory’s largest workload.

It should be noted though, that a number of online operators who hold UK licences are already rethinking their licencing status with the Gibraltar Gambling Commissioner. This comes in preparation for when the UK does finally leave the EU. The decision of Brexit has made room for renegotiations as far as the actual situation of Gibraltar goes, with both Spain and the UK looking at opportunities.

The current circumstances surrounding Gibraltar are said to have opened the door to a new status for the island. And this status is quite favourable for all parties, including certain interests and ideas that Spain has in mind.