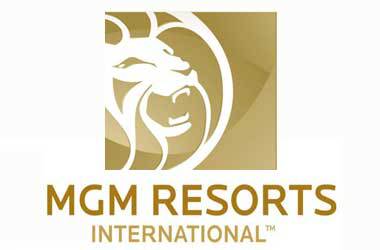 We can all remember hearing about the deadly shooting that took place in Las Vegas last year. It saw Stephen Paddock shoot into a crowd of about 22,000 concertgoers who were attending a country music festival and led to 58 fatalities and 851 injuries. Following on from that shooting, he committed suicide in his hotel room.
Now, that same hotel is suing over 1,000 of Paddock’s victims in some sort of attempt to avoid liability. The MGM Resorts International filed its suit in Nevada and California, with the lawsuit stating that MGM cannot be held accountable for any deaths, damages or injuries that were sustained because of the shooting. Furthermore, it says that all claims against the MGM brand and company have to be “dismissed”.

That same suit doesn’t look for compensation for the victims of the attack. However, it does seek to prevent any future lawsuits from moving forward against the MGM brand.

It is the Mandalay Bay Resort and Casino where Paddock would open fire from his room window on the crowd. Furthermore, MGM not only owns the hotel, but the Route 91 Harvest Music Festival that the victims were attending.

Throughout the years, the hotel and casino has provided a popular location for gamers and visitors to Las Vegas, offering a selection of slots, table games and poker tables. Yet, following the shooting, over 450 of the victims took to suing MGM in November of 2017, citing negligence on the part of the hotel. Alongside this, there have been at least four other lawsuits filed against the MGM brand from people who were injured at the festival, or by relatives of deceased victims.

However, in its attempt to fight back, MGM’s own lawsuit turns to the Safety Act of 2002, protecting companies which utilise specific security technologies from being blamed and accountable for claims that relate to acts of terrorism. Mandalay Bay claims that it employed a security contractor who had been certified for the hotel’s ability to protect against such incidents occurring. Furthermore, this security contractor was confirmed by the Department of Homeland Security to be capable of providing such security.

It may be vital to remember though, that the shooting last year has not been named by the FBI as a terrorist attack. Yet, a spokeswoman for MGM Debra DeShong spoke in a statement saying that it’s not in the victims’ best interests to be going through years of extensive litigation. MGM remains on course to fight its corner, although victims of the attack aren’t intending to back down any time soon either. Time will tell which way the court will rule.

The MGM brand is a well-known company and having to pay out huge sums of money to such a mass of victims could be a big hit against it.