Nevada Revokes Gambling Licence from Bar Due to Drug Deals

Nevada Revokes Gambling Licence from Bar Due to Drug Deals 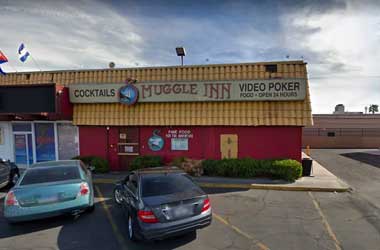 Last month, a popular hangout on the Las Vegas Strip had its licence revoked by the Nevada Gaming Control Board (NGCB), but not for the reasons that you may believe. Gambling there was fully legal, but unfortunately, it was discovered that many of its bartenders were doing drug deals while working. Various arrests were made in the bar and it was subsequently stripped of its licence to offer gambling options to its guests afterwards.

The bar, which goes by the name of the Smuggle Inn, has been present on the Vegas Valley Drive for over 30 years, and is affectionately known as one of the city’s dive bars. Yet, even though its appearance on the outside would also match with that description, the Smuggle Inn would often find itself crowded with people. Alongside the bar, the establishment possessed and provided 15 gambling machines to its customers. It was a common hangout for people living and working within Vegas to head to after work, with several blogs and magazines mentioning it as a favoured destination.

Not only was the bar itself popular, but the gambling machines within proved to be an added appeal for customers. However, despite this, bar staff were still found to be supplying drugs to customers requesting such.

A Raid Comes and Shuts Everything Down

In 2018, the police began an investigation into the Smuggle Inn, with an undercover cop choosing to act on a tip and successfully purchase a gram of cocaine from within the establishment. Those drugs were purchased from a single bartender, but during the investigation, the police discovered that many of the employees there were dealing in both cocaine and methamphetamines.

A raid then came on Dec. 26, 2018 with police managing to seize 70 grams of cocaine from the venue. That possessed a street value totalling $100 per gram. At the same time, around 6 grams of methamphetamine was found, as well as over $6,000 in cash. Three bartenders were arrested during the raid alongside several patrons inside at the time.

In January of 2019, the arrested bartenders pleaded guilty to selling drugs, and as soon as one of them did, the NGCB began its process of revoking the Smuggle Inn’s gambling licence. This was not opposed by the President of the Smuggle Inn, Richard DiCandillo. He would also lose both his restaurant licence and certificate to sell alcohol.

That being said, it did take a while for the gambling licence revocation to be considered by the NGCB. While it’s true that the bar itself can’t operate without holding a liquor licence, members of the regulatory body for Nevada did start questioning whether Mr DiCandillo could reopen it using a different name. That way, the gambling machines could be used, so the Commission began its own investigation. During this, it was discovered that the President of the bar did have a certain amount of knowledge that drug dealing was taking place in his establishment.

Under Regulation 5, which dictates that a business-owner can have their licence stripped for discrediting the state, the NGCB revoked the Smuggle Inn gambling licence. That was given up at the end of August this year.