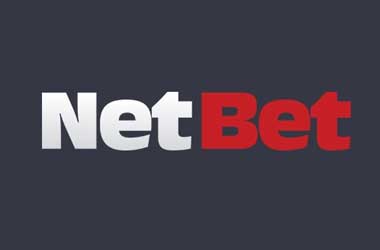 Don’t we all enjoy it when an online casino’s game lobby becomes even bigger than it was before? Well, if you’re a gamer at NetBet, then you’ll have the opportunity to play a wider range of titles now that the site has incorporated options from Iron Dog Studio into its offerings. According to the Studio itself, its full games suite is now available to play at the NetBet site.

This has all been made fully possible by the Game Aggregation Platform (GAP) from iSoftBet. With this integration, NetBet players have the ability to access the Iron Dog Studio company’s range of slot options, either via a desktop computer or on a mobile device as an alternative. Working as a part of the 1×2 Gaming network, Iron Dog has managed to carve its own name into the online casino industry by bringing forth games that feature strong graphics and complex mechanics.

Therefore, as part of its portfolio, NetBet players get the opportunity to play games such as Siren’s Kingdom, Rainbow Wilds, Blood Queen and the more recently released Wai-Kiki. In addition, the upcoming launch of Si Xiang will also become a part of the NetBet lobby.

Iron Dog Studio may not have a huge collection of slots, but these are bolstered by its 3D table games, including European Roulette and Blackjack. Speaking of the release of Iron Dog’s games at NetBet, Kevin Reid, the COO of the 1×2 network, said that this particular casino is one of the most trusted and popular in the online world. Therefore, the network is “thrilled” to be able to offer Iron Dog’s games up to the NetBet customers.

NetBet’s Insight into the Additions

While Reid went on by stating that his company’s games provide something different by combining intelligent math as well as “cutting edge mechanics”, NetBet also had some words for the launch. The Casino Games Content Manager, Mr Gavin Wong, spoke of the platform constantly updating its lobby portfolio. This, he said, it does in a bid to offer a range of the “most exciting” slots and table games. Wong said that Iron Dog Studio’s range of games is a “perfect fit” for this.

He went on to state that the integration of such games through the iSoftBet GAP option has ensured that the process has been a smooth one, which in itself was completed within a very short period of time.

This led to Michael Probert, the Head of Business Development for iSoftBet to comment on the integration too. “This is another great example of the power and flexibility of our game aggregation platform…”, he said, before stating how pleased iSoftBet was to be able to help with the integration of Iron Dog Studio’s games into the NetBet casino.

It isn’t the first of such moves that Iron Dog has gone through recently either. It was only earlier on this year that the developer went through a similar sort of deal with the casino known as Videoslots, which is under the ownership of the Malta-based parent company, Panda Media Limited.