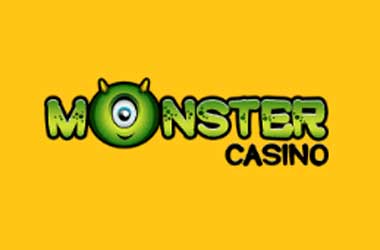 One of the United Kingdom’s leading online casinos has today announced its partnership with Konami Games. The Monster Casino platform is set to unite together with the Japanese entertainment company to bring exclusive gaming content to its members.

This is a great move for the casino, as Konami has already won three of the industry’s top awards. Now, because it can provide games and exclusive content to the Monster Casino players, the Konami name is sure to ascend to even greater heights.

A spokesperson for Monster Casino said that it is the platform’s duty to provide its gamers with unique and highly entertaining titles to play. He then went on to reference the partnership between the casino and Konami as being the best way forward in doing this.

The games that Konami provides will not be able to be found elsewhere. The spokesperson then went on to state that the creativity side of online casino games has become somewhat stale, thanks to being able to find the same game on multiple platforms. This is therefore why Monster Casino is “delighted to collaborate with Konami”.

During the same event, the marketing manager for Monster Casino spoke of certain figures. He said that the Gross Gambling Yield (GGY) of the British Gambling Industry came in at £13.8 billion between April of 2016 and March of 2017. This figure is an increase of 1.8% on the previous year’s takings. The biggest part of this income came from games found at online casinos. This is why Monster Casino has chosen to focus a lot of its attention on investing in games with advanced features.

The Next Step Forward

With the unison being announced, what comes next? Well, there is a pilot program that will begin the unravelling and accessibility of five different slot games for Monster Casino gamers. These exist in the form of the titles of Gypsy Fire, China Shores, Lotus Land, China Mystery and Jumpin’ Jalapenos. The reaction of the casino’s players will then be taken into account once the games have been played.

When it comes to Konami, this is one of the biggest gaming companies in the world. Known more for its contributions to the video gaming world, it has been responsible for such popular titles as the Metal Gear series, Pro Evolution Soccer, Frogger and Castlevania.

The Monster Casino, on the other hand, has only been around since 2017 but has rapidly sparked the interest of online gamers. It’s owned by the Nektan group, so it has a strong team behind its every day running. Furthermore, it incorporates software from big-name companies, such as Netent, Microgaming, IGT and NextGen Gaming. Now, with the addition of the Konami Games collection, the platform will surely draw in even more appeal.