Credit Cards and Online Casinos – Is there a Ban Coming?

Credit Cards and Online Casinos – Is there a Ban Coming? 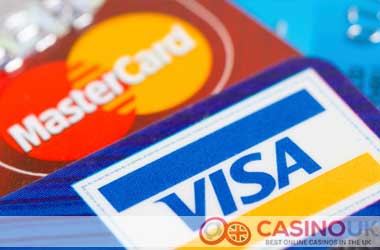 UK Government’s review of the gambling sector has had several suggestions put forth to it in regard to curbing the issue of gambling addiction. The latest of these is to ban credit cards as being a possible form of payment at online casinos, sportsbooks and other gaming sites. Furthermore, a mandatory levy has also been suggested on gambling firms in order to fund treatment for addicts.

The consultation that was set up by the Department for Digital, Culture, Media and Sport (DCMS) was brought to a close yesterday. During this meeting, there were several calls to enforce stricter measures in order to reduce what is known as “hidden addiction”. Around 430,000 people in the United Kingdom suffer with such issues.

The Levy and the Ban

Towards the end of the consultation, a submission was put forth by thinktank ResPublica. This suggestion spoke of a mandatory levy that all online bookmakers and gaming firms should pay towards the recovery of those suffering with gambling addiction. The policy has been supported by the Labour Party as well. The thinktank uncovered the information that the yearly spend on researching problem gambling as well as education and treatment in England stands at £133 per person. However, this pales in comparison to the £377 that is spent on drug addiction and the £385 relating to alcohol misuse. It is thought that a mandatory levy of 1% of the industry profits would increase the budget by £135 million.

At the moment, gambling companies only contribute 0.1% of income on a voluntary basis. However, GambleAware states that this is a levy that many companies are failing to or choosing not to honour. A mandatory levy integration would overthrow this lack of cooperation.

GambleAware stated that it only managed to treat 8,800 people in 2017, which is just 2% of the 430,000 sufferers. Following on from this, the company listed several measures that it wants to integrate in order to tackle the problem. This includes a ban on credit cards for funding online gaming accounts. Such methods have been blamed for allowing players to gamble more than they are able to afford. The CEO of GambleAware, Marc Etches stated that the company supports the reduction in FOBT maximum bets. This move is, of course, very much opposed by the operators of such.

However, it’s not only the reduction in maximum bet amounts that Etches referenced. Instead, he called on the gathering set up by the DCMS to not ignore the ability of players to place bets on such a frequent level. At the moment, terminals allow £100 wagers every 20 seconds. This frequency is something that GambleAware also wants to reduce in order to tackle problem gambling.