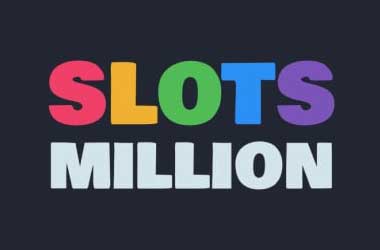 Slots Million may be an online platform title that refers to the generous amount of slot games that it hosts. However, it can now also say that it has made at least one person a millionaire as well!

In fact, the first ever millionaire winner at Slots Million is a UK gamer, and he only signed up to the casino a few short days ago. His prize? A £2.2 million jackpot, which we won while playing the Mega Fortune game from popular developer Netent. This is known in the gaming world as one of Netent’s biggest progressive jackpot offerings in the slot genre.

It’s quite the treat for Slots Million as well, considering that the casino has only been available within the UK for a few months. Before becoming available to the UK market, it acquired the UK-focused casino brand known as Lady Lucks, purchasing it from IGT. Following this, Slots Million was also on the receiving end of a gambling licence from the UK Gambling Commission.

The Winner Speaks Up

Naturally, the player who won the £2 million progressive wants to stay anonymous. However, he did come forth and state,

“I still can’t believe it. It’s a life changing situation; my wife and I may use some of the winnings to go travelling, but we have yet to properly discuss how we will spend all the cash!”

He then went on to say that he found the Slots Million casino platform on a large online casino review site and saw that it had been given a strong positive response from players. He said that this was very much true in the case of the amount of casino games on offer, as well as the overall experience of players there.

Furthermore, the player says that he wasn’t disappointed in the gaming site, even before his jackpot win.

Slots Million is actually owned by a company known as ALEA, and Alexander Tomic – the company’s co-founder – was thrilled to see Slots Million make a millionaire player. Even more so due to the close proximity to the recent opening of the platform within the United Kingdom. This marks the casino’s biggest win to date since opening its virtual doors in 2014. The ALEA company, on the other hand, began operating in 2012. At this time, it wanted to create a world-class casino experience for online gamers.

Tomic went on to say that players of progressive slots are attracted by the “thrill and anticipation” that they provide. He said that Slots Million has made sure to pack its game lobby with multiple different jackpot games similar to Mega Fortune, such as Major Millions and Mega Moolah. Therefore, any gamers who have a particular preference for playing such types of games will find satisfaction at Slot Million.