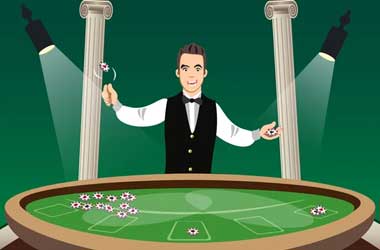 It’s unfortunate to say, but today, a lot of casino scams are pulled off by people working within them. This is especially true in the case of land-based establishments. Never has this been truer than in recent times, when a London casino saw thousands of pounds scammed from it by one of its own croupiers. The croupier and his accomplice cheated the casino out of money by using a “cool bet” system so that the employee was able to pay off debts from a cocaine habit.

Whilst on the floor at Grosvenor Casino in Kensington, 36-year-old Stuart Shipp would touch his hair in order to give a sign to his accomplice, Charlie Bostridge. The scam could then begin. This would then see Bostridge repeatedly place bets without calling any sort of number on the roulette table. Shipp then went on to pay out winnings to him, irrespective of where the final result of the ball landing was.

It’s quite the scam to play, but easily able to be done by a croupier such as Shipp, who has 15 years’ worth of experience in the field and was earning £30,000 on an annual basis at the casino. He thought up the scam and put it to use back in June-July of 2016 after he amassed drug debts with his dealer. The cheat is said to have been used on three separate occasions, according to Rupert Kent, prosecuting. This saw the duo manage to walk away with winnings of £1,400, £2,100 and £2,975 respectively.

Mr Kent explained in court that Mr Shipp would touch his own hair as a sign to Bostridge, leading to the accomplice approaching the table upon seeing this. Bostridge is then said to have stood in a specific position, which was able to obscure the view for any inspectors working at the casino. He would then proceed to give Mr Shipp a certain amount of money. At this point, it’s normal for a player to announce their chosen number or a particular bet, but Mr Kent said that on all of the occasions, this never happened.
While it’s clear that table supervisors were not able to spot the scam in action, it was noticed by the casino’s CCTV operators.

Both men would go on to admit offences of fraud, with Shipp set to serve a prison term of 18 months, suspended. The Judge in this case, Nicholas Loraine-Smith said to Shipp that he had an excellent career, being a croupier at Grosvenor, and he was “well thought of” by both his employer and colleagues. However, he then started using class A drugs, which are not known to be supplied by sympathetic people, Loraine-Smith went on.

“This was your show and it is you who must repay the costs in full”, the judge explained.

Both parties who partook in the crime were also given 100 hours of community service to complete, with Shipp being informed that he has to pay an amount of £800 in total costs. A further £6,665 is also to be paid to the casino affected by the scam, as compensation.