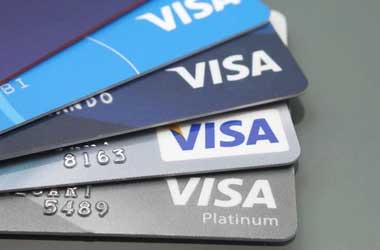 It seems as though there are always loopholes for everything, it’s just that you have to find them to be able to exploit them. This wasn’t an issue for a German gambler, who made sure to use the illegality of online casinos in order to evade paying his Visa bill.

According to a recent report from the legal advisory platform known as Anwalt, which operates within Germany, the District Court based in Munich recently dismissed one claim that was brought forward by Landesbank Berlin AG. This claim was against a gambler who had repeatedly refused to pay charges that he had made via his Visa credit card. Yet, the payments had been sent to an un-named online casino with an international licence.

The standard practice would determine that the bank is definitely within its rights to take legal action against the customer, especially considering that he didn’t deny the transactions. However, the gambler has fought back, stating that the bank holds no right to collect the money, simply due to the fact that gambling at online casinos in Germany is very much forbidden.

Instead, what should have taken place is that the bank should have declined the customer’s transactions as being illegal. Not only that, but the court also made note of the fact that the bank added specific fees to the player’s account relating to the processing of ‘lottery, betting and casino sales’. This meant that the bank was unable to plead its innocence in the knowledge of the transactions.

A Failure of the German Banking System

It seems as though German banks have been having a hard time of it recently, finding themselves at the peril of many unauthorised online gambling sites in the past few years. It was only in November of 2017 that it was discovered – through the controversial release of Paradise Papers – that a large number of Germany’s financial institutions had been raking in the money from transactions to international online casinos and other gambling sites.

With the decision of the court, it may seem as though the unknown gambler has escaped without even a slap on the wrist. Yet, while the bank is paying for its own blunders right now, the customer could suffer from the German authorities choosing to prosecute him for participating in what it deems as unlawful gambling. You only need to look back to 2015 when a player who had won big money through a Gibraltar-based platform was convicted of the same and forced to give up his €63,000 in winnings.

The online gambling laws within Germany have been on the radar for updating for almost the past decade or so, but it seems as though the government hasn’t really ever gotten around to focusing on such. The most recent decisions surrounding such saw the ban on online casinos be upheld by the federal court. However, the option of licensing online sportsbooks has been one of considerable focus by European Union and local courts. The country’s several individual states don’t appear to be capable of coming to an agreement on the best way forward for any of it.