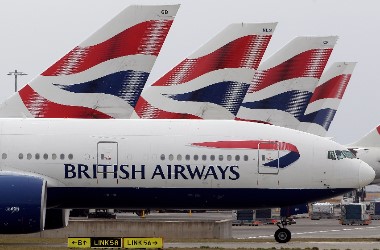 Conservative MP Iain Duncan Smith has gone on record labelling an advertisement by British Airways as “utterly appalling”, following its reference to gambling. Smith has long been a critic when it comes to the UK’s gambling industry, which is why the advert left him “stunned”, especially considering that British Airways is such a well-known company.

Even though the ad was given approval to air on television by the agency known as Clearcast, the aviation company has received a number of complaints regarding it. The advert in question doesn’t specifically encourage participation in gambling, although some viewers have made claims that it does depict a couple winning on a slot machine game. This, they say, is potentially glorifying the pastime.

The commercial itself has a line being read out that states that the couple “had a bit of spare change”, so they went ahead and used it on a slot machine. It finishes with the couple exclaiming happily that the next thing they knew, “we’d won £493. Luckiest dip ever.”

Even though plans are in place for a cross-parliamentary group leader to write a letter of condemnation to British Airways, the company defended its position and decision on the ad. In a statement, a spokesperson said that it was never their intention to promote gambling and that the commercial is one from a series that have been broadcast on television in the preceding three years.

A Sensitive Area of TV

It’s not the first time that television commercials relating to gambling have been deemed innocuous. In fact, it’s been a sensitive area in the UK for several months now. With the fact that multiple operators have been caught out on skirting around various advertising guidelines, it was the string of online betting adverts that were shown during the World Cup last year that forced legal changes to take place.

The law changes dictate that betting advertisements cannot be shown five minutes before a live sporting event, during the event or in commercial breaks between such. Brought in by the Industry Group for Responsible Gambling, the organisation said that all gaming companies had agreed to these rules. There is one exception to the change though, which is horse racing, and this is due to the fact that this sector takes just about all of its revenue from people participating in sports betting.

These restrictions and other law changes are all part of the UK government’s ongoing plans to tackle issues surrounding gambling. The Prime Minister just recently announced that a decision has been made to create specialist clinics for those affected by problem gambling, which will assist those people who are already suffering with this.

The British Airways ad, on the other hand, has been submitted to the Advertising Standards Agency, who will review it and determine an outcome. Potentially, this could see the commercial banned from television.