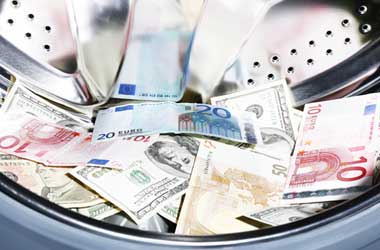 News emerged recently about an online casino based in Malta having €250,000 stolen from it by a teenager located in Finland. Yet further details about the case have revealed that the Finnish teen’s parents are now standing trial for accepting and sharing in their son’s stolen money.

The Finnish media company YLE spoke of the overall story as being one of aggravated fraud, stating that the case is still making its way through the court system. The teen, who is based in the town of Forssa, found out about a glitch that was affecting the online casino and exploited it to steal the large amount of money. The casino that this took place at has not been named.

Further details explain that the teen, whose age has been described as being “about 18 years old”, discovered that he was able to cancel any customer’s pending withdrawal request and divert the money into an online wallet of his own, rather than see it go back to the customer’s casino account or bank account. This glitch allowed him to quite swiftly collect the €250k sum, which was done over 147 separate transactions.

The transactions that he made to amass such a large amount took place over the course of a single month. It wasn’t until one of the casino’s employees realised something was wrong in July of 2017, that the theft was reported.

At first, it seemed as though the teenager was working by himself, exploiting a technical glitch and reaping the rewards from it. However, it doesn’t appear as though this is the case anymore. The prosecution from the trial state that the boy’s parents were also in on the crime being committed. Reports state that about €14,000 of the stolen money actually ended up being transferred into the father’s bank account.

To add to this, roughly €2,300 of the money was given to his mother. While it seems as though the female of the family wasn’t treated quite as generously as the rest, she did possess a €5,000 motorbike, which was reportedly purchased with part of the stolen cash, too.

So, where do things go from here on out? Well, the teen is still on trial at the moment. Even though he could be considered a minor at the time of the crime being committed, prosecutors are looking for him to be given a sentence of 20 months in jail.

As far as the parents are concerned, the prosecution has already laid a charge against the father of aggravated money laundering, with a five-month suspended sentence potentially being handed out to him. The mother of the family will experience something a little bit more lenient, due to her lesser money laundering crime. Things are expected to come to reach an outcome with the case early in September.