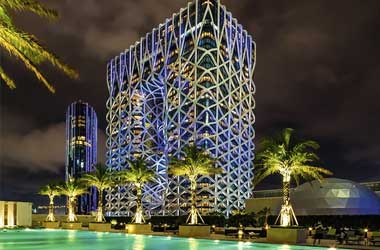 It’s always a thrill when a new casino opens its doors, especially when it’s one that’s cost $1.1 billion to create. This is precisely the case with the launch of the Melco Resorts hotel in Macau, which is due to provide entry to visitors next month. However, one feature that the Chairman of Melco Resorts spoke about, is that the hotel will not turn to using casino junket operators in an attempt to lure any high rollers in. Instead, it is taking its own bet on the resurgence of the city’s gambling sector. This is what is expected to drive the revenue of the place.

It’s been quite the standard practice for Melco Resorts to utilise junkets (middlemen who seek out and bring in big VIP spenders. However, the hotel chain’s decision to do so is thought to be due to the government’s push to diversify itself away from the gambling and certain scrutiny of junkets regarding money laundering issues. Mr Lawrence Ho, who operates as both the Chairman and CEO of the company, said that it is eventually much better for the hotel to develop its own database, than for it to rely on the power of junkets.

The building for the hotel stands at 160 metres high and has been given the title of the Morpheus. This will be opened at the City of Dreams resort, where the casino houses itself. It brings forth 700 rooms for guests to stay in, as well as various event facilities, casino tables and has the ability to cater on an exclusive level to premium mass and VIP players.

Gambling and Status of Macau

Generally speaking, VIP gamblers take the reigns in casinos, spending about HK$1 million (£94,058) in a single visit. In the meantime, premium mass gamers also bet thousands of dollars while playing at such locations, with this collection of bettors accounting for more than half of the revenue brought in by Macau’s casinos.

Such gameplay has seen the revenue in the small Chinese territory shoot through the roof, with April of 2018 seeing a 28% spike in income – the 21st month of considerable gains. Ho went on to say that the year-to-date growth for Melco Resorts is very much above the 20% mark. Alas, he expects this to change and normalise at some point, but in any event, it will also remain higher than the original expectations for such. The gambling revenue of Macau could grow around 20% in 2018 altogether, which will thoroughly beat market projections.

Mr Ho is the son of the 96-year-old tycoon known as Stanley Ho, the man who founded SJM Holdings. However, he has always distanced himself away from the legacy that his father has created and instead, built his own separate legacy. Ho said that from the very first day, “Melco was to be separate from that empire”.