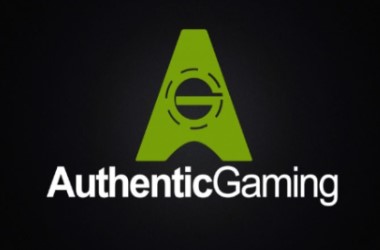 Authentic Gaming has officially been provided with a licence by the United Kingdom Gambling Commission (UKGC), meaning that its full selection of games is now available to the country’s operators to incorporate into their sites. Therefore, UK players will be able to access the live versions of roulette from this developer for the very first time.

All of the live dealer games from this company are streamed from a selection of tables that are located around the globe on floors of real land-based casinos. These include locations like The Platinum Casino at Radisson BLU Hotel in Bucharest, Romania, The Saint Vincent Casino in Italy and the Foxwoods Resort Casino in the United States.

Speaking of the UK licence being granted, the CEO of the Authentic Gaming brand, Jonas Delin said that the UK exists as a big key market to the company. He went on to say that almost half of the developer’s client base holds a gambling licence from the UKGC, so the brand is keen to bring its games to the country’s market. “We know they will be a huge hit with UK players”, he added.

The Bright Appeal and Future of Authentic Gaming

Delin went on to speak of the company’s live casino games, saying that it is very dedicated to bringing the live dealer experience up to the next level. The tables where the roulette games are streamed from are “located in prestigious casinos all around the world”, and Delin said that the company is looking forward to receiving its first bets from the UK market.

A number of high-profile online casinos have chosen to integrate the Authentic Gaming collection of live dealer games, including some of the UK’s most popular, such as Leo Vegas and Mr Green. This is something that only occurred recently as well, with brands like Unibet adding the developer’s titles to its collection from the live studio based in Malta just last week.

This selection of games has the title of ‘Arena’ to it, which is described as bringing forth the most-authentic experience for live roulette gaming. Six different tables exist with four alternative versions of roulette to play at them. These are Classic Roulette, Speed Roulette, a VIP version and the new and unique format of Blaze Roulette.

The Blaze option sets itself against a backdrop of what appears to be a game show, complete with a roulette table that is lit by LED lighting and a huge video wall that really brings to life that whole show business theme.

It really shows how much effort Authentic Gaming is putting into its attempt to expand itself globally, and with the United Kingdom already embracing its games, where could be next on the horizon for the developer to target?