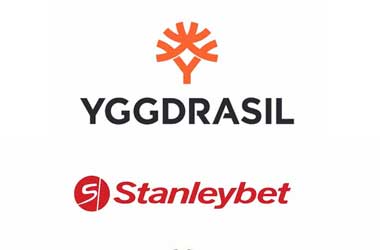 A new deal has been signed in the online gaming world, which will unite Yggdrasil Gaming with Stanleybet. This will see the software developer provide its full collection of gaming content to the Italian casino. Therefore, more players within Italy will be able to access the products created by Yggdrasil from this deal. The deal will also see the operator be on the receiving end of the set of complimentary in-game tools for promotional reasons. These include “BOOST” and “BRAG” – a social media sharing tool.

Stanleybet currently stands as one of Italy’s leaders in the retail betting sector. In more recent months, it has been attracting a larger collection of customers via the online world. This has seen the platform focus on providing a large array of games, which it has done through acquiring various new online clients via Stanleybet.it.

Speaking of the unison, the CEO of Yggdrasil, Fredrik Elmqvist stated that Italy has been one of the major focuses of his company. He went on to say that many of the Italian casino players already play via Stanleybet, which is why the partnership works so well, giving Yggdrasil the chance to offer its collection of games to the country’s multitude of gaming fans. Elmqvist went on to say that it is a privilege for Yggdrasil to provide its content “to such a prominent name” within the Italian peninsula. He also said that he’s sure that the Italian customer base will very much take to the Yggdrasil games.

Meanwhile, backing up the comments from Yggdrasil, the Online Director of Stanleybet Group, Gianluca Porzio also offered up his comments. He said that the platform always strives to provide its customers with the very latest in online gaming content. It is with this in mind that the casino is pleased to be able to offer the Yggdrasil set to its players. Porzio stated that the range of games will allow customers to have the experience of playing new and innovative titles – these, he said, are well-suited to the Italian gaming market.

While Stanleybet may be one of the leading providers of online gaming in Italy, Yggdrasil works as one of the superior providers of such games in the same sector. Over the past couple of years, it has pushed itself forward as one of the most-respected game suppliers, offering its titles up to a number of the globe’s best online casinos including LeoVegas, Casumo Casino and Bet365.

It holds offices in Malta, Poland, Gibraltar and Stockholm already and possesses gaming licences from Malta, Gibraltar, Romania and the United Kingdom.

The company is also well-known for providing the gaming community with slots that contain outstanding graphics, appealing gameplay and extra special intriguing inbuilt features. All games from Yggdrasil utilise the HTML5 iSENSE technology, allowing for them to be integrated into both desktop as well as mobile casinos. Furthermore, it went on to become the winner of the Innovator Supplier of the Year in both 2017 and 2018 at the International Gaming Awards and the Slot Provider of the Year at the 2016 and 2017 EGR B2B Awards.