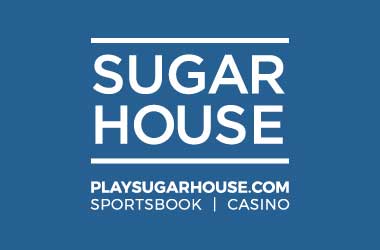 SugarHouse online casino appears to be a very luck location for avid US gamers to access. Or at least, that’s been the case over the past week or so. A woman based in Marlboro, New Jersey recently chose to access the mobile version of the site while working out on her treadmill one morning. Her choice? To spin the reels of the Divine Fortune slot game from Netent. Anyone who knows this game will know that it works as a popular progressive jackpot offering from the developer.

Less than five minutes later and the woman had hit the Mega Jackpot of the slot, managing to scoop an amazing $61,266. Her original bet? Less than $10 altogether. The eighth-grade teacher, who requested that her name not be revealed said that she “couldn’t believe it” as she saw the jackpot show up on her mobile screen. Divine Fortune is also a game that exists as a slot offering at many UK online casinos, meaning that the progressive amount could have been won by anyone.

“You never think this is going to happen to you”, the woman said, before stating that she is actually proof that it does. She claims that she was so shocked with the outcome that she nearly fell off her treadmill in the process!

It’s not the first time that SugarHouse casino has been at the centre of a progressive win either. In fact, the same slot game – Divine Fortune – provided a man from Avenel, New Jersey with a huge $194,000 win! Anibal Lopes, 33, who works as a superintendent at a construction company in the state, is known as the biggest winner of the SugarHouse platform, which has only been available to join and play at since September of 2016. And when did Lopes win this jackpot? Just last week!

The President of Rush Street Interactive – the operator who runs the SugarHouse site – Richard Schwartz, said that the huge win is great for SugarHouse and the entirety of the online gaming world. He went on to say that he and his company are very elated for the latest winner, especially with it occurring just a single week after the site’s last one.

In actuality, when it comes to the Divine Fortune game, this is the fifth time overall that it has provided huge wins for players at SugarHouse casino. The five-reel, three-row offering gave its first large pay-out in May of 2017, inflating a player’s balance by $13,950, while the second and third large pay-outs came in September of the same year. Three different progressive jackpots exist within the game for players to try and win, including the vast Mega Jackpot.

The latest winner said that she will be using the money to visit her son in California and pay off a selection of bills after stating that she enjoys the convenience of mobile gaming. It allows her to “play anytime. Even while exercising!”.