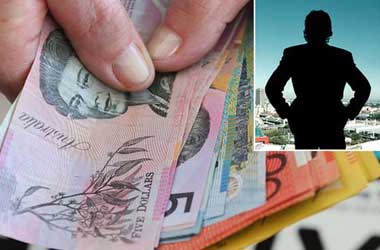 The UK Gambling Commission would do well to roll out its new policies in the betting industry sooner rather than later it seems. As it stands, problem gambling is not something that just affects every day people. It can also be an issue for celebrities and sports stars.

Such is the case of the Premier League footballer who was recently banned from an online bookmaker. Following a total spend of £5.5 million in a short time period of a few months, the star has been blocked by the online gambling brand.

And while the star has not (as of yet) been named, it is thought that he currently earns about £100,000 per week!

Despite this being the case, reports seem to suggest that he was spending above £250,000 every week playing at online casinos. Only recently was the alarm raised on his dangerous spending habits. The platform has also not been named as of yet, but it has certainly put a block on the star’s account.

a source was said to have told The Sun on Sunday. However, while it’s true that most online gaming sites would love such masses of money being deposited on their platforms, sometimes a red flag pops up when it occurs so frequently. Naturally, in that instance, the people behind the casino became worried at the amount being spent and took necessary action.

This isn’t the first case of a footballer finding himself addicted to gambling either. Two former stars in John Hartson – former striker for Celtic – and Clarke Carlisle – former defender for multiple teams – have also come forward about their gambling addictions. Both have spoken of the action that needs to be taken in order to help addicts overcome such problems.

Earlier this week, the Professional Players Federation (PPF) noted that the situation is already at what it deemed “crisis point”. Not only that, but it went on to urge all responsible bookmakers to make sure that any sponsorship deals with sports also include education about gambling too. This, the federation said, should be a mandatory inclusion to ensure the safety of all involved.

With the overhaul of the betting industry in the country by the UK Gambling Commission, changes can’t come soon enough for several people and companies. Notable deficiencies in the sector have been discovered by the regulatory body, which aims to overturn how things operate within the next three years. Discussions are already in place relating to the maximum bets of fixed-odd betting terminals. Meanwhile, GambleAware has also taken additional steps to ensuring that online casinos incorporate more details about addiction help on their websites.