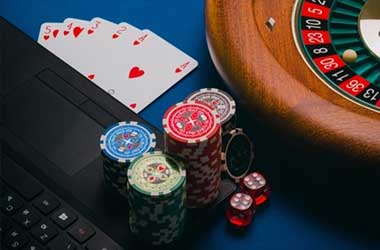 There are several changes that seem to be on the horizon for the UK gambling market – most notably, the reduction in the maximum stake of fixed odds betting terminals to £2. However, a new campaign looks to also force gambling operators into paying a 1% tax levy on their profits. This payment would be utilised to assist with the huge problem of gambling addiction in the United Kingdom.

Several parents who have lost children to suicide after not being able to overcome gambling debts, have turned to the Government for the introduction of such a tax. This way, extra funding could be garnered for the better treatment of addicts and their families. The campaign has been set up by the group known as Gambling with Lives. Research done by the group shows that gambling addicts were up to three times more likely to try committing suicide than other addicts. For this reason, additional support is necessary, they feel.

Other figures show that the United Kingdom has about 430,000 citizens who are addicted to gambling and an additional 1.57 million who claim that they could be at risk from this. Further to this, several experts have said that children are also becoming hooked on online gambling games.

Backing up this is research done by the Gambling Commission itself, which brought forth information that about 25,000 children between the ages of 11 and 16 were already problem gamblers.

The situation of gambling addiction in the UK is highlighted by Liz Ritchie, whose son Jack (aged just 24) killed himself in 2017. This came following him becoming hooked on gambling games at online casinos, which began when he was still a secondary school student. Mrs. Ritchie has now accused gambling companies of certain ‘grooming’ of minors. It is such bereavement that has forced Liz and her husband, Charles to join forces with a collection of other parents in the same situation. From this, the Gambling with Lives company was formed to be able to lobby politicians for changes to be made.

The 1% tax that they would like to be made the law would provide funds for ensuring that research, education and treatment relating to gambling addiction was possible.

The UK’s gambling industry made profits of around £13.8 billion between the 2015-2016 financial year. Therefore, if the 1% levy had been in play at this time, the industry would have donated a total of about £138 million.

However, as it stands, the laws haven’t changed since 2007, when the last Labour government set up a “voluntary contribution” of 0.1% from operators. This saw the company known as GambleAware receive just £8 million in 2016, which rose to just £9 million in 2017. GambleAware works to administer donations for the support of the country’s single specialist clinic working with problem gambling.

A spokesman for the GambleAware company said that it would like to see the introduction of the statutory levy due to the shortfall of funding from the gambling industry.