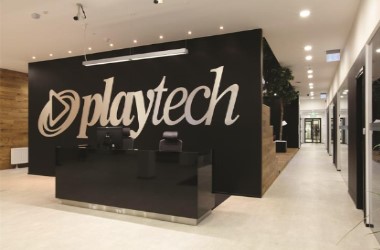 As Poland moves towards providing new gaming sites for its players, a new move by the European country was noted on Thursday. It has selected the huge gaming developer Playtech to develop an online casino platform for the country’s state-owned gaming monopoly known as Totalizator Sportowy. The exclusive partnership between the e-Casino and Playtech came from the developer beating out several other rival bidders, with offers beginning last November.

It was the year prior – 2016 – when Poland switched up its own gambling legislation allowing online casinos, poker rooms and bingo. Sports betting was allowed even before this time, although private companies have to pay a large 12% tax on all betting turnover. However, the new online locations are solely the responsibility of the Totalizator Sportowy company. With the legislation changing just before Christmas in 2016, Poland has been ready to move forward with such for some time.

For example, the tender for the position that Playtech has managed to snatch up should have begun in August of 2017. Instead, there were several delays before this started, with no reason given as to why. Following this, the Deputy Finance Minister of the country stated that the online casino would most likely launch in the third or fourth quarter of 2018, thanks to the aforementioned delays.

Mor Weizer, the CEO of Playtech spoke of the partnership on Thursday, commenting that he was “thrilled” over the move. This allows Playtech to build up a reputation within the newly regulated market of Poland. However, at the same time, it lessens the reliance on grey and black markets from Asia that many Playtech investors aren’t too “thrilled” about all the time.

The President of Totalizator Sportowy, Olgierd Cieslik went on to say that the Playtech win is “a breakthrough moment” for both his company, as well as the entirety of the entertainment market within Poland. He continued that he has faith in the strong experience of Playtech and is sure that the company will “perfectly” handle the task before it.

Despite this positive move, Poland continues to see its blacklist of unauthorised gambling sites in the online world grow. About 250 more domains have been added to the collection since the start of 2018, with the total number of such now standing at around 1,550 altogether. Some of the more recent additions to such include several domains that have a relation to Betclic, as well as its Bet-at-Home and Expekt offshoots.

However, even though this list shows little sign of slowing down in its growth, the deal with Playtech has been marked as “a milestone” when it comes to reducing the “grey area” surrounding the gambling industry. Of course, it’s not difficult to see that many of the blacklisted domains in Poland also work with Playtech’s products. Sites like Maria Casino, Marathonbet and Tonybet utilise certain offerings from the developer, as well as from its subsidiaries. Time will tell how the government of Poland will react to its exclusive gambling partner providing games to these platforms.