UK Gamers Set to Benefit from New US Gambling Laws

UK Gamers Set to Benefit from New US Gambling Laws

It’s true to say that online casinos and sports betting platforms provide a great pastime for many people in the United Kingdom. You only need to look at how many platforms focus themselves on the UK market. And generally speaking, the UK has always had quite a sensible and relaxed opinion about gambling on the whole. This attitude – and the laws that accompany it – has seen the casino and sports betting industry rise to impressive highs as far as popularity goes.

And while many people think about Las Vegas in the United States as being the home of land-based casinos, the UK certainly corners the market when it comes to the online versions of such. If you’re a resident of the country, you’ll no doubt have seen multiple advertisements on television about them. What’s more, it’s still a growing sector of the industry too. And this benefits the United Kingdom in many different ways. Additionally, many players from all over Europe can often sign up to these same platforms. Now, there’s the potential for a link with the gambling community in the United States too! 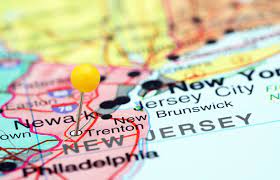 Despite the many similarities that most people see between the UK and US, the casino landscape is a less familiar sight for those across the Atlantic. Generally speaking, as far as online gambling is concerned, the country as a whole looks down upon it. However, things become a little bit sketchier when it comes to individual states. Obviously, Nevada houses the bright lights of Las Vegas – so, gambling is quite legal and enjoyed within. However, if you turn to such states as Utah or Oregon, all casinos are strictly prohibited. So, it’s quite a varied landscape of attitudes when it comes to the world of casinos in the US.

Even though this is the case, it’s clear to see that attitudes – and even laws – are changing. You see, a new initiative in the state of New Jersey could see players from the US reap the benefits of online gaming. The state actually made online gambling legal about four years ago. Since that time, the revenue of New Jersey has shot up above $200 million per year. Because of this, New Jersey as a state is eager to link itself to other jurisdictions. And there are actually plans in place to introduce player pooling with the UK market!

How Both Countries Can Benefit 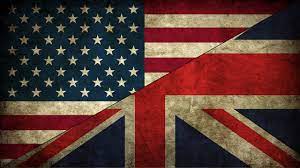 It is said that there are about two million online gamblers in the United Kingdom. And this represents about three percent of the entire population. Should a similar number of players from New Jersey join in, it will represent more than a 10 percent increase in the pool of players. Of course, the more players there are, the bigger a jackpot is likely to become. Additionally, it could also be said that a stronger choice of game titles to access would become available too. That spells great news for both the UK and the United States (or, at least to begin with, New Jersey).

While the US is still a difficult country to crack as far as online gambling goes, things are changing. Even in a “slowly-but-surely” kind of way. Last month saw Pennsylvania become the fourth state to allow online casinos to operate within. And should this state reap similar benefits to New Jersey in annual revenue, the potential for stronger links with the UK and other countries is increasingly stronger. With stronger ties to even more states, the UK market could continue to grow at the same time. The future looks bright for the online casino market in both the US and UK.