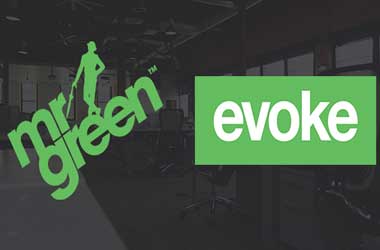 An agreement has been finalised between Mr Green online casino and Evoke Gaming for the former to acquire the latter for a price of €7 million. The casino operator made the announcement that it will pay the initial price of €7 million for everything associated with the gaming properties of the developer. A further €1.5 million will also be paid should certain conditions be met by Evoke.

At current, Evoke Gaming owns several gaming sites, including Redbet and MamaMia. The company bases itself out of Malta and has 82 employees working there. The Redbet platform provides gamers with sports betting, casino games and online poker. These are available primarily to bingo and casino players from Sweden as well as the United Kingdom.

Mr Green casino has said that Fredrik Staël von Holstein will keep his position as head of the Evoke Gaming operations once the deal is completed. He will work as a member of the Mr Green management team in Malta as well.

said CEO of Mr Green, Per Norman. He went on to say that the Mr Green & Co. company is pursuing its strategy of “nurturing a small number of strong brands”. It is hoped that these brands are able to work on a global scale. He also went on to announce that the company sees “major potential” when it comes to expanding Redbet into its existing markets.

The Response of Evoke

Mr Von Holstein went on to state that his company is about to experience a “significant turnaround”. He believes that Mr Green has the power to provide Evoke with the “muscles” that are necessary to continue growing on an international scale and as effectively as possible.

It is expected that the acquisition by the casino operator will be completed during the first quarter of 2018. This will all be subject to approval as per regulations.

This doesn’t mark the first time that Evoke has further solidified its status in the UK market and further afield. It was back in May of 2017 that the company revealed its optimised redbet.com and WinningRoom.com brands for the UK. These improvements made sure that both of these platforms recognise all traffic and categories from the UK or other English-speaking countries. In September, Latin America became the game developer’s latest target. It was at this point that the company began rolling out functionality to support growth within the Latin American market.

With this latest acquisition from Mr Green casino, things can only continue to grow for the company. And the Mr Green casino is also likely to enhance its own status on an international scale too.