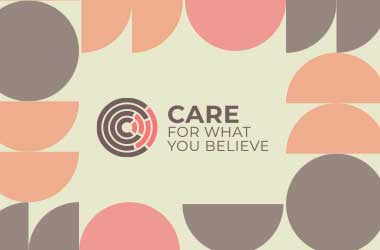 It was only yesterday that reports emerged of the UK Labour Party looking to incorporate tighter rules and regulations on the country’s gambling industry. Yet, it seems as though the party has been given a bit of a boost, with support coming from the charity known as CARE – a Christian public policy organisation.

As noted in the report, the Labour Party looks to ban gambling advertisements on television and the internet during live sporting events. Furthermore, the suspension of credit cards being used to fund gambling accounts, is another move that the party wishes to bring forward. Meanwhile, a higher, obligatory levy, aimed at gambling operators for the funding of research and the treatment of problem gamblers, stood as the third proposal.

It was a few days ago that Tom Watson, the deputy leader of the Labour Party, spoke of increased gambling advertisements being on television. This, he said, could make the gambling industry look quite normal when it comes to minors and vulnerable individuals. He also went on to criticise gambling operators over the fact that several of them operate as sponsors for football kits. Figures revealed that about 60% of sponsors from the Premier League and the Championship at current, are gambling companies.

The Backing of CARE

CARE – the Christian Action Research and Education company – has backed up Watson’s claims, going even further by saying that operators are using the football sponsorship deals as a way to bypass the ban on their services being advertised to children. The CEO of CARE, Nola Leach has stated that the company is concerned over the number of gambling company sponsors, which hides the potential negative consequences of such sponsorship deals.

Ms. Leach went on to say that the current laws in place in the United Kingdom do not work for the benefit of anyone, including minors. Therefore, she went on, the CARE charity fully supports the Labour Party’s claims of gambling becoming an epidemic throughout the country. She called upon the Government to take proactive measures against this.

Continuing on, the charity’s CEO said that the gambling landscape has gone through quite a large change over the last few years. Companies have started to incorporate increased betting options and a mass of technological developments have also taken place.

It is due to this that the legislation in the United Kingdom is no longer in date, she said. Ms. Leach spoke of this needing to be made more relevant to today’s gambling industry in order to enforce stronger protection against the risks that it comes with in this day and age.

She closed out her speech by stating that the UK’s government needs to go forth and accept that there are problems in the country when it comes to gambling. The only way that this can be helped, she said, was by the Government taking swift measures to prevent things from taking a bigger turn for the worse in the near future.