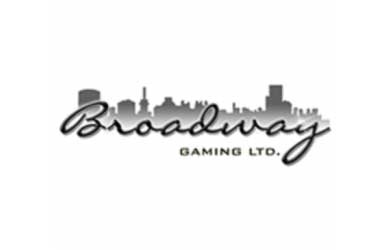 The UK Gambling Commission is able to impose fines on companies for any violation of its rules and regulations. The latest penalty that needs to be paid is by Broadway Gaming Ltd., and stands at £100,000. The reason behind this? The company did not include significant rules and terms relating to promotional advertisements on five of its gambling platforms. This is filed under the category of ‘misleading advertising’.

The Advertising Standards Authority (ASA) saw a complaint forwarded to them in June of 2016, which was in connection with an advert on the Butler’s Bingo website. Following an investigation by the Gambling Commission, it was discovered that four other platforms that come under the ownership of Broadway also had similar lack of terms and conditions. These are Rehab Bingo, Casino of Dreams, Dotty Bingo and Bingo Diamond.

The Broadway company has been outright about the failure to comply with regulations and is still working with the Commission to make sure repeats of such issues do not occur. Broadway has accepted the breach of the Gambling Commission’s rules. Any commercials on display at sites need to follow the points in the UK Code of Non-Broadcast Advertising and Direct & Promotional Marketing.

The UK Gambling Commission began carrying out its investigation of the Broadway sites on 6 March 2017. As a result of the failures by Broadway to provide enough information about possible wagering requirements, the £100,000 fine has been imposed as a penalty.

The complaint that was originally filed challenged a commercial which was seen on 15 April 2016. It stated that the advert did not make clear to consumers that a wagering requirement was necessary to complete before players were able to withdraw their winnings. This was what led to the ASA taking issue with Butler’s Bingo. The ASA would then uphold the complaint, stating that the lack of this information could have misled the site’s customers.

Broadway has since confessed to the omission of the wagering requirement, but taken steps towards fixing this. The company has also adjusted the information about such on its mobile home page. Links to the necessary terms and conditions are also visible in the footer of the advertisement now.

The ASA states that the previous version of the advertisement broke the CAP Code, more specifically rules 8.17 and 8.17.1. These points relate to conditions for promotions, and the company made it clear that the commercial cannot appear in such a way again. A reminder has also been given to Broadway to ensure that specific wagering requirements for its promotions need to be clearly on display.