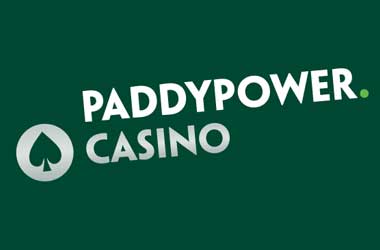 Online gambling site Paddy Power is certainly no stranger to controversy. Especially when it comes to the site’s advertising game. And it seems as though that’s not something that the platform has too many cares about fixing. Yet again, the brand has had a television commercial banned due to being “socially irresponsible”.

The ad aired on British television in the month of August, but is not able to be shown anymore due to the violation noted by the UK Code of Broadcast Advertising. The advert – meant to promote the Paddy Power online casino – received two complaints from viewers. But what exactly is the problem with the commercial?

The 30-second clip shows a scene of a casino’s security guard eating a sandwich. During which, he sings his own made-up lyrics to the sound of “Papa Loves Mambo”. A section of these lyrics includes the words, “Yeah, I’ll have a spin on it, when I’m on break, the daily jackpot’s looking great now.” At that point, it then becomes clear that he’s playing slot games at Paddy Power on his mobile device.

The advertisement, by all standards, doesn’t really seem so much out of line, right? So, why the two complaints? Well, according to the viewers, the commercial promotes gambling while at work! Paddy Power rebutted this claim, stating that the portrayal of the guard in the commercial showed him on his break. In addition, it only showed him spinning the reels of a slot game one time. Furthermore, the brand also said that the violation does not apply to gambling in a casino, meaning that the ad should therefore be exempt from such. However, the Advertising Standards Authority (ASA) over-ruled the argument and placed a ban on the commercial appearing on television again.

It’s not the first time that Paddy Power has found itself in deep water when it comes to advertising either. It’s actually the third action that has been taken against the company within the past two years. July of 2016 saw the ASA receive 12 complaints about an ad relating to bets surrounding a horse racing festival. The company agreed that the ad was misleading, and Paddy Power was forced to stop running the ad in such a way.

Additionally, in August of this year, the company brought out an advertisement to promote the Floyd Mayweather-Conor McGregor boxing match. The advertisement came with the headline, “Always Bet on Black”, which was placed right next to a picture of the African-American boxer. It saw nine people come forward with objections, stating that the ad was both derogatory as well as racially insensitive. Despite the bookmaker claiming that it was a pun and that it was referencing roulette gaming, the ASA voted against the platform.

Throughout the site’s many years of being in operation, it has very much been at the centre of advertising controversy. For example, another one of the ads run by the company showed two transvestites at a horseracing track for Ladies Day. The print then went on to suggest that anyone attending try to “spot the stallion from the mares”. It seems as though Paddy Power doesn’t intend to learn from such mistakes with this latest advertising blunder.