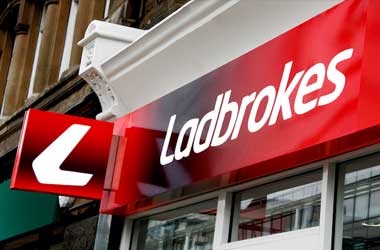 It seems as though GVC Holdings has a strong passion for merging with the Ladbrokes PLC group. Just before Christmas, it was reported that the company had put in a bid of £3.9 million for the bookmaker.

However, Ladbrokes did not accept the offer. Yet, GVC has not given up on the merger and has even increased the bid already. Now, the bid stands at £5.2 million.

Should Ladbrokes accept this offer, the two companies will merge together to form a global power in the gaming industry. This will give them stronger chances of being able to take on all rivals and survive in what is becoming a tougher environment.

GVC already boasts a massive 79 million accounts being registered. Furthermore, the company provides its services in 21 different languages at various different platforms, including Party Casino. This merger would see that GVC, Ladbrokes, Coral and Gala would all be a part of one and the same brand.

Both of the gambling companies spoke of being in detailed talks when a joint statement was released on the final Thursday of December 2017. If an agreement is made between the two, Ladbrokes shareholders would own about 46.5% of the company. These shares in Ladbrokes have leapt up by 26% over recent days, while GVC’s rose by six percent.

The price that these finish on will depend upon the outcome of the government review on betting terminals. Following the UK Gambling Commission’s review of the industry within the country, these machines are under fire. This is due to the fact that they have been connected with problem gambling. For the moment, they survive with maximum bet amounts of £200 or more. However, the goal is to reduce this amount to about £2 at maximum.

As part of the statement that the two companies made, they said that the larger group would be much more geographically diverse. Additionally, it would be able to offer a large portfolio of businesses to the developing markets alongside the regulated ones. Time will tell if Ladbrokes accepts the bid from GVC. However, if the merger does take place, there’s little doubt that the larger group will make an increased impact on the UK gambling world.